Roger Ailes Spies On His Employees - The Constantine Report
0 SHARES

Roger Ailes Spies On His Employees 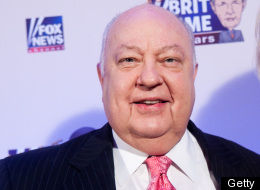 As far as we know, Ailes has not spied on any Fox News employees but I'd probably start taking precautions if I worked there. What we do know is that Ailes spied on the employees of his rural New York newspapers that he bought in 2008 and 2009, apparently to set himself up for a post-Fox retirement. With the phone hacking scandal at the Murdoch-owned British tabloid News of the World widening, I'm beginning to wonder if spying on people isn't a job requirement at News Corp.

As Gawker reported, Ailes was not exactly creating some kind of rustic serenity for his golden years with the purchase of the papers.

Ailes—who installed (his wife) Elizabeth as the day-to-day manager of the papers while he finishes his tenure at Fox News Channel—has run the papers with the singularly paranoid and abusive management style he brings to all his projects, resulting in the defection of his hand-picked editor and two top reporters earlier this month after Ailes told them he'd had them followed, and their private conversations surveilled, to catch them saying mean things about him. The spying followed years of intense weirdness between the editor and the Aileses, who once asked him to personally stop a break-in at their home and who implied that, after Roger's death, he'd be expected to replace him in their marriage.

Gawker also notes that Ailes seems to have used News Corp. personnel to do his personal snooping - a potentially serious offense, I'd think.

It's unclear why News Corporation shareholders were paying for security guards to tail former staffers for Ailes' unrelated vanity projects.

But who knows? Maybe they get brownie points for this kind of thing at News Corp.

Then again, this can't be music to the ears of News Corp. shareholders:

It's also unclear why Ailes and his wife cared so deeply about what a few of their twenty-something Putnam County staffers thought of them. But former employees say the couple seemed to be unduly preoccupied with the tiny papers, and seemed to devote more energy to paranoid delusions of intrigue there than the far more consequential responsibilities that weighed on Roger. "They obsess about the Putnam papers more than Fox News or world events," says one former staffer.