LONDON— A British engineer regarded for decades as a Nazi spy was really Britain's first double-agent who helped the Allies defeat Germany, according to a recently released book.

The authors of "Snow: The Double Life of a World War II Spy," also reveal that spy Arthur Owens is the father of Hollywood actress Patricia Owens, who starred in "The Fly" in 1958 and "Sayonara" with Marlon Brando in 1957.

Arthur Owens was a Welsh nationalist, according to the book by espionage writer Nigel West (pen name of Rupert Allason) and Welsh author and film producer Madoc Roberts, The Telegraph of London reported.

The Germans recruited Arthur Owens, a failed inventor who needed money, to spy when he was on a 1935 business trip to Belgium. Under the code name Johnny O'Brien, Owens gave the Nazis vital information about Britain's military buildup ahead of World War II.

Later, the book claims, he agreed to become a double agent for MI5, the British spy agency. Re-dubbed Snow, Owens paved the way for a string of successful double agents and helped deliver scores of German spies to the British, the book says.

The book, which has a Facebook page, describes Owens' cover as so deep that neither side was ever wholly confident of his loyalties, the Telegraph said. In 1941, Owens' MI5 handlers ordered him interred in Dartmoor prison, where he gained the confidence of German inmates and fed information back to his spymasters.

"Arthur Owens was the foundation of the double-cross system which proved so vital in helping the Allies in so many areas," West told the Telegraph. "His contribution has never fully been appreciated, but it is hard to overstate how important his role was."

"His contribution to the war effort is undeniable, but what is less certain is what his motivations were," Roberts told the Telegraph. "Ultimately he was probably out for himself. But even if his intentions were not entirely honorable, without him the entire course of the war may have been different." 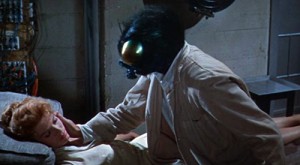 As for his daughter, Patricia Owens never fully acknowledged who her father was, the Telegraph said, because she feared backlash from people who considered her father a traitor.

Owens' contributions were officially revealed when documents were declassified in the 1970s, the Telegraph said, but few people took notice.

After the war, Arthur Owens lived in anonymity in Canada and later Ireland, the Telegraph said.