Re Serbian Spy’s Trial Lifts Cloak on His CIA Alliance 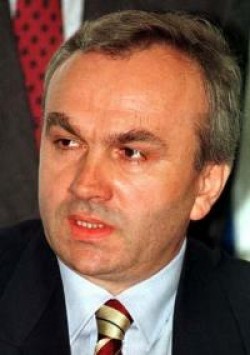 BELGRADE -- Former Head of the Serbian State Security (DB) Jovica Stanišić says "the headline of a Los Angeles Times article" claiming he was a CIA spy is "incorrect".

The newspaper ran the story under the headline, "Serbian spy's trial lifts cloak on his CIA alliance".

Stanišić first declined to comment on the claims for Belgrade daily Blic, citing a Hague gag order. However, when the newspaper insisted on a response, Stanišić, standing at the door of his apartment, responded to yesterday’s article, saying, “The headline doesn’t correspond with the text. The headline is incorrect.”

According to the newspaper, Stanišić with this confirmed a number of claims by LA Times journalists about his cooperation with the CIA, but denied that he gave away secrets.

In effect, Stanišić suggests he did cooperate with the CIA, but he did not work for them, says Blic.

Asked if it was correct that in 1991 then CIA chief John Deutch came to Belgrade where he spoke not only with him but also with Milošević, Stanišić responded briefly: “That was not 1991, but 1995, but I told you, I don’t talk to the media. You came to my door and now I have to close it.”

The LA Times article claims that Stanišić was the CIA’s main man for the Balkans, and that the CIA submitted a confidential document to the Hague Tribunal containing proof of the help he offered them.

Stanišić has been accused of war crimes by The Hague-based UN court, but has been temporarily released due to ill health and is currently in Belgrade.