Burger King Gets Into the Spying Biz 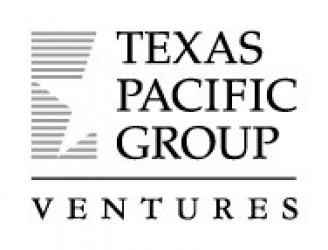 A note on ownership of Burger King: The hamburger chain is owned by the Texas Pacific Group (TPG). The founder of TPG is David Bonderman, formerly a Bass family accountant, and a director of the World Wildlife Fund.

From my essay The Lexington Comair Crash (2006): ” … Bonderman was also a co-founder of the Halifax Group, formed in January 1999 with David W. Dupree, a former director at The Carlyle Group, William L. Rogers, founding partner of Colony and the Robert M. Bass Group, also Thomas J. Barrack, chief executive of Colony Capital and a former principal at Robert M. Bass. (Substantial Halifax Group investments include The World Bank, G.E. Capital, Mellon Ventures, Natexis, SunAmerica, Wells Fargo, Verizon Investment Management, Lexington Partners, Lerner Enterprises, and the Edward P. Bass, Lee Bass, Clark and Crow family offices.) Bonderman went to TPG in 1992 direct from the position of chief operating officer at the Bass Group, Inc., then based in Fort Worth, Texas. Prior to joining RMBG in 1983, Bonderman was a partner in the law firm of Arnold & Porter in Washington, D.C., where he specialized in corporate and antitrust litigation. Bonderman serves on the board of Gemplus International S.A. This is where the TPG shows its true colors as a CIA appendage.”

For an explanation of the Gemplus/CIA alliance (the smart card manufacturer was hatched in the Op Condor’s nest) and the fascist connections of Bonderman’s TPG, see:

… And now it turns out that the Burger King Corporation, home of the Whopper, hired a private security firm to spy on the Student/Farmworker Alliance, a group of idealistic college students trying to improve the lives of migrants in Florida.

The Student/Farmworker Alliance and an affiliated nonprofit, the Coalition of Immokalee Workers, have for years been urging the fast-food industry to accept some responsibility for the plight of Florida migrants who harvest the tomatoes for its hamburgers and tacos. I am a longtime supporter of their work. The wages of these farm workers, adjusted for inflation, have declined by as much as 70 percent since the late 1970s. And hundreds, perhaps thousands, of migrants have been enslaved by labor contractors and forced to work without pay. The McDonald’s Corporation and Yum Brands (which owns Taco Bell, Pizza Hut and KFC) have agreed to subsidize a modest pay raise for their tomato pickers and work closely with the coalition to eliminate slavery from the fields. Burger King, however, has pursued a different strategy.

In March, a woman named Cara Schaffer contacted the Student/Farmworker Alliance, saying she was a student at Broward Community College. Her eagerness aroused suspicions, but she was allowed to join two of the group’s planning sessions. Internet searches by the alliance revealed that she was not a college student.

Ms. Schaffer is the 25-year-old owner of a private security firm. Her company, Diplomatic Tactical Services, seems like the kind of security firm you’d find in one of Carl Hiaasen’s crime thrillers. Last year Ms. Schaffer was denied a private investigator’s license; she had failed to supply the Florida licensing division with proof of “lawfully gained, verifiable experience or training.” Even more unsettling, one of her former subcontractors, Guillermo Zarabozo, is now facing murder charges in United States District Court in Miami for his role in allegedly executing four crew members of a charter fishing boat, then dumping their bodies at sea.

In an interview, a Burger King executive told me that the company had worked with Diplomatic Tactical Services for years on “security-related matters” and had used it to obtain information about the Student/Farmworker Alliance’s plans — in order to prevent acts of violence. “It is both the corporation’s right and duty,” a company spokesman later wrote in an e-mail message to me, “to protect its employees and assets from potential harm.”

But the Student/Farmworker Alliance and the Coalition of Immokalee Workers are not dangerous, extremist groups. Both are pacifist, mainstream nonprofits inspired by the work of the Rev. Dr. Martin Luther King Jr. The coalition is supported by the Robert F. Kennedy Memorial Foundation, the Presbyterian Church (U.S.A.) and Pax Christi, the Catholic peace movement. …