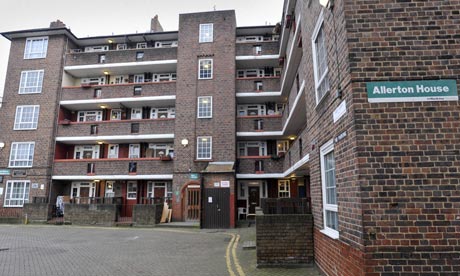 A former MI6 officer accused of disclosing in exchange for money highly classified documents, including a list of nearly 700 members of the security and intelligence agencies, pleaded guilty today to breaking the Official Secrets Act.

Houghton, of Hoxton in east London, who has dual British and Dutch nationality, was arrested in March in a Scotland Yard sting as he walked to the lift of a central London hotel carrying a suitcase containing £900,000.

Plain-clothed officers stopped him in the lobby of the unnamed hotel, the court heard, and a struggle followed. Piers Arnold, prosecuting, told an earlier magistrates' hearing: "He was eventually handcuffed and brought to his feet and arrested for theft and offences against the Official Secrets Act. He was cautioned, to which he replied 'I haven't done anything'." Asked about the suitcase, Houghton replied: "I don't know, you've got the wrong man."

Last August, Houghton approached officers from the Dutch intelligence service, boasting that he had copied the electronic files, and asked for £2m for them. When he first made contact with the Dutch, he used his own mobile phone to call a publicly listed number. "He certainly was not James Bond," a source close to the investigation was quoted as saying.

The Dutch arranged to meet him after tipping off MI5, Britain's domestic security service, who covertly videoed and bugged Houghton as he revealed the information on his memory stick and laptop. He agreed to drop his price to £900,000 during negotiations, which, it was agreed, would be handed over at the London hotel.

After his arrest, his mother, who owns a smallholding in Devon, offered to put up £50,000 as a surety so he could get bail but the request was refused. Houghton is understood to have had little contact with his father, who separated from his mother 19 years ago and lives in the Netherlands.

Official sources familiar with the case suggested that all the material Houghton had tried to sell had been recovered.

The court heard he had been assessed by several psychiatrists, who said Houghton claimed he had been guided by voices in his head.

Houghton was remanded in custody pending his sentencing on 3 September at the Old Bailey. The judge, Mr Justice Bean, indicated that a custodial sentence was inevitable.

Arnold, who was granted a request for a further psychiatric assessment of Houghton to be carried out before sentencing, said: "We are not in a position to accept the diagnosis put forward nor the factual basis on which it was reached, ie the defendant's claim that he was directed by voices to have done what he is said to have done in the charges."