Response to "jreck" re the Challenger Disaster and CIA Opium 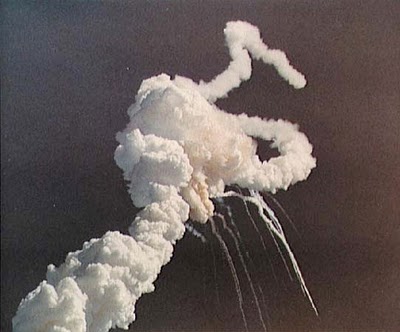 In a discussion of the orchestrated Challenger disaster, I opened with the testimony of Scott Barnes, who described heroin smuggling by American GIs during and AFTER THE VIETNAM WAR, captured, held prisoner in Southeast Asia - exactly where Richard Armitage, Dick Childress and other familiar criminals linked to the Bush regimes wanted them.

A detractor, "jreck," claims to have checked my sources and "debunks" me. The point of contention is "a book by the man himself, Scott Barnes, called BOHICA. I loked the book up on Amazon ..." says "jreck." Note, he didn't actually to read it ...

"jreck" - who "did put a lot of work into tracking down each of Mr. Constantine's claims" - so diligent ... he didn't actually track down any of them but tried, and gives himself points for that - didn't glance at the book, or even search for excerpts, he "looked the book up on Amazon," and "read every review of the book I could find on the internet. It concerns the covert mission Barnes went on into southeast Asia in search of POWs. ... This book recounts how Scott Barnes testified about the mishandling of the information about two American prisoners of war he saw being held captive in Laos (essentially the government ignored him and left the POWs alone). A tragic story to be sure, but mention of heroin? nada. zip. zilch."
http://www.book-of-thoth.com/ftopict-13884.html

"jreck" is arguing that there is no mention of heroin smuggling in BOHICA, by former DEA agent Scott Barnes ... or in the reviews, but he seems to be hoping we'll believe this extends to the book, as well.

If "jreck" examines the actual text, not reviews, he'll find - not exactly "zilch" - but p. xxxiv of interest; the preface has a footnote on Michael Hand, who laundered heroin proceeds for the CIA and was "suicided." On page xliii of the introduction to the book, Daniel W. Bartow, the publisher of BOHICA, writes about "DRUG SMUGGLERS FOR OUR GOVERNMENT" in Laos. (The caps are his.)

Page 15 of Bohica discusses "big-name mafia figures," and Santos Trafficanté being "a former close associate of Laotian Gneral Vang Pao in his drug dealings." Vang Pao, of course, was in the opium business.

Page 18 is about testimony Barnes gave concerning the heroin smuggling network that used the Angels to distribute the drug.

On page 21, Barnes writes about the "thousands of dollars the government pays to murderers and drug addicts and perjurers to be witnesses."

Skip ahead to page 95, and the last paragraph is about how the CIA launders heroin proceeds in the gem export business. Page 180, picked at random, has a long footnote about narcotic overdoses in the prisons.

But no need to belabor the point. Heroin smuggling is the heart of the book. It is the reason Americans were captured AFTER the war - not only during the war, as "jreck" mistakenly assumes, so they weren't really "POWs," another falsehood from my detractor - and held prisoner. They were prisoners of Vietnam War-and-postwar opium trafficking (POVWAPOTs).

Narcotics are also the reason why Barnes's testimony was suppressed. His life was threatened, and he was viciously harassed by the CIA and military intelligence officials (today, many of the same criminals are found in the Bush regime) who feared his congressional testimony - which happened to occur at the moment the shuttle exploded. All reporters were called off the Barnes story. It would have been the leading headline of the day, if not for the shuttle disaster.

I won't go on. Apparently, "jreck" isn't the most experienced ressearcher on the Internet ... He even insulted Mae Brussell. Those are fighting words, so I must observe that Mr. "jreck" is a piece of drek. Mae Brussell was worth a hundred "jrecks." That said ...

CIA heroin, in fact, appears repeatedly in the book, despite "jreck's" claim that I "claimed" it without substance. This is an odd way to discredit me, with a flat-out lie.

Unlike "jreck," I DID go to the library, photocopied the book, read it, took notes - but my critic boasts that he has checked my sources exhaustively and claims I'm a liar. Pathetic. He makes other points, each as lame as the one made above, and I won't degrade myself by responding. (One of his criticisms was that he couldn't find a USA Today story from 1993 that I cited in the Challenger story ... so, he claims, I must have made it up. I have the hard copy, though, so perhaps he should PAY to search the newspaper's archives, then he can rescind his silly comments ... )

Another blogger at the "Book of Thoth" site, where "jreck" posted his wonderful exposé of myself, responds: 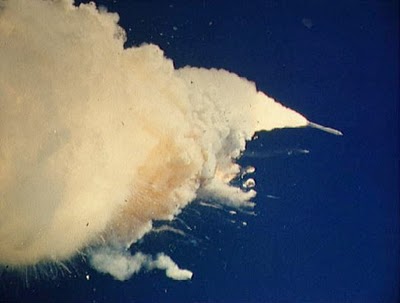 "Phew, you sure did one serious bit of research on Constantine's article! Major kudos on the huge effort, and thanks for sharing the insights with us." What a Bozo.

And something named Sol writes, "crazy rants like Constantine's serve to confuse the public and make them ignore the whole Big Issue behind the rant. The 'Challenger connection' is utterly preposterous and is very easily dismissed."

If my article on the Challenger explosion is "easily dismissed," why did "jreck" resort to falsehood?

It's not all that complicated - the shuttle was launched on a morning too cold for blast-off; NASA techs knew that it would explode; it exploded at the moment Barnes was giving his testimony to congress; the pressure to launch came from the Reagan White House. An untold number of addictions had also had ties to the same regime, which brings us back to the names Bush, Armitage, Childress, etal. These atrocities have the same political ne'er-do-wells in common.