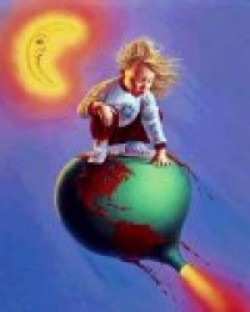 A grand jury in San Jose, Calif., handed down separate indictments for Christopher Burt Wiltsee, 56, of Morgan Hill, Calif., and Mark Charles Zelinsky, 56, of San Bruno, Calif. If convicted, both men face a maximum sentence of 10 years imprisonment and a fine of $250,000 and would be forced to register as sex offenders.

According to the indictment, in June of 2005, Wiltsee was working at the Ames Research Center of the National Aeronautics and Space Administration when it was allegedly discovered that he knowingly possessed images of child pornography on a government computer. A second indictment also noted that Zelinsky was employed at the same NASA research center in August of 2005 when it was discovered that he, too, had images of child pornography on his government computer.

The images had been transported in interstate and foreign commerce, the indictment charged. The document didn’t specify how many images were found on the computers or how long they might have been on the machines.

Mike Mewhinney, a spokesman for the Ames Research Center, said in an interview that he would only confirm that both men worked there during 2005. He would not say how long they were employed at NASA or what positions they held there.

The cases will be tried in U.S. District Court in San Francisco, Calif. Both men, according to the Department of Justice, were investigated by NASA’s Office of the Inspector General.

Previous Article
WR Grace: EPA Refused to Warn of Asbestos Dangers – Millions of Homeowners at Risk
Next Article
How The Nazis Conned The World: Used A Children’s Opera To Deceive International Observers

How The Nazis Conned The World: Used A Children’s Opera To Deceive International Observers
Oct 06