The story of how perpetrators of World War II were treated as spoils of war, brought to light with new information in this diligent report.

Generations after Germany was defeated, disturbing revelations about the recruitment of Nazi scientists—Operation Paperclip—still appear. Jacobsen (Area 51: The Uncensored History of America’s Top Secret Military Base, 2011) expands previous material with the use of documents recently released under the Freedom of Information Act, as well as personal interviews, memoirs, trial evidence and obscure dossiers. It’s not a pleasant story. Weapons of mass destruction were born at war’s end, and in Europe, scientists were victors’ prizes, reparations for conquerors who coveted their special talents. They were Luftwaffe doctors, rocket scientists, managers and chemists working on all sorts of bad science for bad ends. Japan was still to be defeated, and national security required their services; it was important for business. However, the primary reason posited as the Cold War developed was: If we don’t get those wizard warriors, Russia will. As such, the once–high-ranking Nazis who used slave labor to fabricate V2 rockets, who killed concentration camp prisoners in cruel experiments and who sought to weaponize bubonic plague became the property of the United States. Of the many hundreds of Paperclip scientists, many were convicted war criminals. Former enemies became American citizens; rewarded for their work, they lived the American dream. The operation took paperwork, and Jacobsen, in her research of the documents, found countless instances of mendacity. She provides snapshots of the scores of villains and the few heroes involved in collusion of the Nazis and U.S. military and intelligence agencies. Throughout, the author delivers harrowing passages of immorality, duplicity and deception, as well as some decency and lots of high drama.

How Dr. Strangelove came to America and thrived, told in graphic detail.

Crawling Back to the Hell Portal of NASA’s Occult Origins 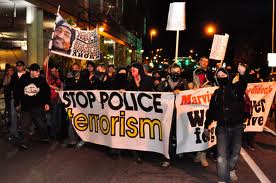