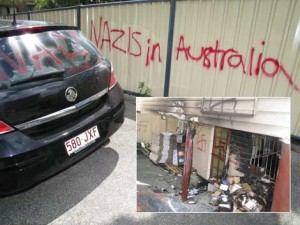 A SPECIAL report commissioned by the US Justice Department – kept secret since 2006 – portrays Australian efforts to prosecute suspected Nazi war criminals as lackluster at best.

It also describes Australian attitudes to Nazi ”persecutors” as ”ambivalent” and quotes observations by the Simon Wiesenthal Centre that Australia’s poor record in pursuing Nazis was explained by ”a lack of the requisite political will”.

Ostensibly a history of the US government’s Nazi-hunting efforts, the report also reveals the extent to which US authorities sought to pressure Latvia over the prosecution a decade ago of Australian citizen Konrads Kalejs.

At one point, the chief of investigative research for the Justice Department’s Office of Special Investigations (OSI) described a key meeting in Latvia in 2000, which involved Australian authorities, as a ”hideous failure”.

Kalejs, whom Australia agreed to extradite to Latvia the same year, died in November 2001 while the order was being appealed.

The 600-page report, which was obtained by The New York Times after an abridged version was released to a private research group, reveals behind-the-scenes wrangling with other nations over the hunt for war criminals while shedding light on how the US had given haven to some experts who had Nazi links.

Famous among these was Arthur Rudolph, a scientist who went on to play a central role in the development of NASA’s Saturn V rocket, which propelled astronauts to the moon.

But the history, commissioned with the support of former justice secretary Janet Reno and composed over several years by an experienced prosecutor, was never formally completed.

American interest in Kalejs had first arisen because after obtaining Australian citizenship, he had settled in the US in 1959.

US authorities had discovered his former involvement with the notorious Latvian death squad the Arajs Kommando, which worked with German forces to execute thousands of Jews, Gypsies and other ”racially undesirable” people.

Kalejs had also led a guard detail in 1941 and 1942 at the notorious Salaspils concentration camp south of Riga, the Latvian capital, where more than 100,000 people, mainly Jews, perished.

The US deported Kalejs to Australia in 1984. After several unsuccessful attempts to re-enter the US, he disappeared, before being tracked down to Rugby, England, where he was living in a Latvian old age home under an assumed name. He returned to Australia at the end of 1999.

In early 2000, meetings involving prosecutors from Australia, Canada, Germany, Britain, the US and Israel were unsuccessful in securing a commitment to act.

A further international conference agreed on a structure for proceeding but in May, Latvia’s acting prosecutor-general announced that a trial was unlikely because no strong evidence had been found.

At that point, the Americans increased the pressure.

In June 2000, Latvia asked Australia to extradite Kalejs to stand trial for war crimes and genocide. According to the report, ”the Latvians credited the Americans with having played a crucial role in the decision to prosecute”