For a year, the Republican National Committee has portrayed Democrats as the  villains when it comes to voter fraud.

The tables have turned, however, and Republicans are now playing defense over  the role of a well-paid operative, Nathan Sproul, in a voter registration  scandal that emerged in Florida and has spread to other states.

The Florida Department of Law Enforcement said it was reviewing “numerous”  claims involving a company that Mr. Sproul runs to determine if a criminal  investigation is warranted. Complaints have surfaced in 10 Florida counties,  among them allegations that registrations had similar signatures or false  addresses, or were filed under the names of dead people. In other cases, party  affiliations appeared to have been changed.

In recent days, similar claims against Mr. Sproul have arisen in Nevada and  Colorado.

Mr. Sproul, 40, a former executive director of the Arizona Christian  Coalition and the Republican Party in Arizona, is well known in political  circles there. Since 2004, Mr. Sproul’s companies — he has operated under  several corporate names — have collected more than $17.6 million from  Republican committees, candidates and the “super PAC” American Crossroads,  mostly for voter registration operations, according to campaign finance records.

The Republican Party, which paid Mr. Sproul about $3 million this year for  work in five states, has severed its ties with him, saying it has no tolerance  for voter registration fraud.

But questions about Mr. Sproul’s methods first emerged in 2004, when one of  his companies, Sproul & Associates, was paid nearly $8 million during the  election cycle. The payouts made the company the seventh-biggest recipient of  campaign expenditures by the committee, according to an analysis by the Center  for Responsive Politics.

Mr. Sproul declined to be interviewed.

In a statement issued by his lawyer, Mr. Sproul said the huge size of his  voter operation — he claims to have registered more than 500,000 people in more  than 40 states through election cycles — would invariably lead to a few problems. “Inevitably, there have been accusations of ‘bad registrations,’  isolated instances that have been thoroughly investigated not only internally  but by the appropriate legal authorities,” the statement said.

Mike Hellon, a former chairman of the Arizona Republican Party, said that Mr.  Sproul had been considered “very controversial” in Arizona Republican circles  before the recent allegations, partly because of past voter registration  investigations. “There are questions among a lot of people in the party about  how he gets these contracts and why he gets contracts,” Mr. Hellon said.

As a political operative in Arizona, Mr. Sproul is known for a  no-holds-barred approach. He was criticized for dredging up 28-year-old domestic  abuse claims against an incumbent State Senate candidate in 2008.

That same year, he promoted a ballot initiative that would have made it more  difficult to impose additional taxes or increase spending in the state. The  measure failed, despite considerable financial backing from the liquor industry  and from Jim Click, a Tucson car dealer and a large Republican donor who has  worked closely with Mr. Sproul on local elections.

On a campaign trip to Arizona last year, Mitt Romney visited one of Mr.  Click’s auto dealerships. Mr. Click is a co-chairman of Mr. Romney’s campaign in  Arizona. Mr. Sproul has also worked for the campaign, receiving about $60,000  since last year, according to campaign finance records. A spokesman for the  campaign said that Mr. Sproul collected petition signatures during the  Republican primary elections and provided office space.

Mr. Click said that while he had worked with Mr. Sproul on campaigns and  thought highly of him, he had nothing to do with securing his recent contracts  with the Republican National Committee. “He’s always performed for me,” Mr.  Click said. “He’s always been aboveboard.”

Mr. Sproul is one of the biggest players in a for-profit industry that relies  on low-paid seasonal workers who must be quickly trained in the legalities of  voter registration. In addition to $12 an hour, workers might be eligible for  college internship credit, the ad said.

Mr. Sproul has said that his company employs 4,000 workers. “We have in place  a background check system and stringent quality controls meant to prevent  individuals from skirting the system,” said the statement released by his  lawyer, David Leibowitz.

Mr. Sproul runs at least five affiliated companies that have conducted  registration drives, polling and political consulting. According to a lawsuit  filed against him by a former employee over pay, Mr. Sproul changed his  company’s name in 2008 to Lincoln Strategy Group, from Sproul & Associates,  after the negative publicity.

Susan Bucher, the superintendent of elections in Palm Beach County, Fla.,  said that about 100 questionable voter registrations had been flagged there. Of  those, more than half involved changing a voter’s party affiliation to  Republican or independent. Ms. Bucher said that the revised registrations gave  her “the feeling that the person completing the application had not come in  contact with the voter,” because they failed to include proper identifying  information, like the last four digits of the voter’s Social Security  number.

In Nevada, a complaint filed last month with the secretary of state’s office  alleged that a woman, Cathy Sue Yancey, was told to tear up a form in which she  registered as a Democrat and fill out another one without marking her party  affiliation.

The complaint was filed by another woman who said she witnessed the event  outside an unemployment office in Henderson, Nev., on Sept. 13. That woman, Gina  Greisen, said she and a group of friends had been approached by a man who told  them that they needed to update their voter registration. “He talked about voter  fraud and mentioned Acorn and illegals voting,” Ms. Greisen said.

The worker then approached Ms. Yancey. “He was sure a Republican, because he  was totally against Obama,” said Ms. Yancey, who was reached by phone and  verified Ms. Greisen’s account. “I’m a Democrat. I’m certainly voting for  Obama.”

The election forms were traced to a Sproul operation. Similar allegations  prompted an investigation by the Oregon Department of Justice in 2004.

In that case, a couple told the police in Roseburg that they had been  approached by a woman outside a Walmart who asked them to register to vote. The  husband, John Gomez, filled out a card registering as a Republican. His wife,  Katheline, registered as a Democrat.

About a month later, Mr. Gomez received a ballot in the mail, but his wife  did not, the Oregon authorities said. Her registration form seemed to have  evaporated. Investigators determined that the woman who solicited the couple had  been paid by Sproul & Associates.

The woman told investigators that she was paid only when she registered  Republicans or those who said they would vote for President George W. Bush. The  Oregon inquiry focused on more than 100 fraud complaints, many pointing to  operations run by Mr. Sproul, but did not result in any charges. A lawyer for  Mr. Sproul said at the time that the company had a system in place to prevent  and detect fraud and forgery.

Additional investigations of Mr. Sproul’s organization, including one by the  Portland office of the Federal Bureau of Investigation, also failed to produce  any charges.

Around the same time, officials at a library in Pittsburgh complained that  Mr. Sproul’s company had used false pretenses — claiming to represent the  nonpartisan America Votes — to get permission to set up a voter registration  desk outside their building. It was only after visitors began to complain that  the library learned that the canvassers represented the Republican Party. 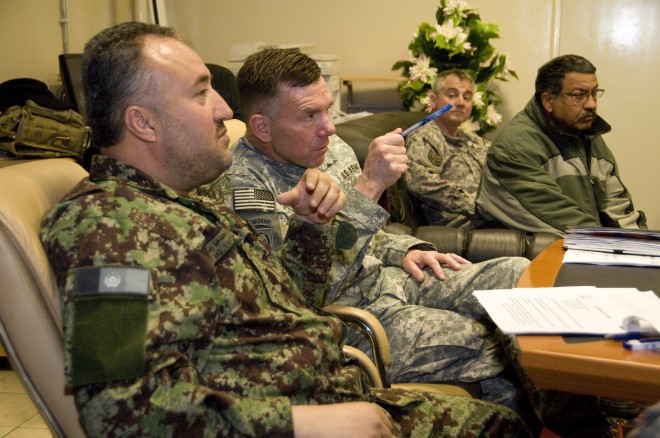