AUGUSTO PINOCHET broke many eggs when making his often-admired Chilean omelette. Thousands were tortured to death. People were thrown from planes and women horribly violated. For the most part those who look kindly on the regime do not overtly approve its excesses, except in relation to economic matters where Pinochet is said to have “done things right”. The underlying idea is that economic success in Chile was born of necessary pain.

Heraldo Muñoz, now Chilean ambassador to the UN, was a supporter of Salvadore Allende, and participated in the anti-Pinochet movement from the time of the coup. Questions surrounding economic development are a significant theme in his account of the dictatorship and its aftermath. He distances himself from the no-pain, no-gain viewpoint, arguing that Chile’s prosperity did not require Pinochet’s excesses.

Muñoz has moved a considerable distance from Allende’s economics of state ownership. He notes, approvingly, that a pro-enterprise culture developed during the Pinochet years. He is proud of Chile’s open economy successes and of its privatisation programme in areas such as social welfare.

Given the current world market crisis, and the emerging recognition of the state’s protective role, Chilean pensioners may soon regret that they surrendered their prospects of comfort to market forces. Heraldo Muñoz, like many another, may moderate his views in the light of current ominous events in the unregulated market.

The US, of course, waged a silent war against the Allende government and more or less ordered the coup. Nixon and Kissinger didn’t want anywhere turning red on their watch: “I don’t see why we need to stand by and watch a country go communist due to the irresponsibility of its people,” argued Kissinger. Nixon put up $10 million to get the work done, demanding the “best men we have” to do the job.

Fear of communism, however, was not the main reason for the persistent strain of admiration the junta evoked.

Margaret Thatcher, whose government lifted its arms embargo on Pinochet’s regime and who served tea to the dictator in London, was delighted by Pinochet, not because of his anti-communism, but because he turned the Chilean economy over to the “Chicago Boys”, Chilean disciples of Milton Friedman.

These economists turned up a few days after the coup with a fully worked out plan for the Chilean economy to be run without regulation on pure market principles.

Pinochet decided to go with it; he was not going to be an old-fashioned statist fascist but the world’s first free-market fascist. Naturally he had his fans.

Friedman, while not endorsing human rights violations, praised Pinochet as one who “has supported a fully free-market economy as a matter of principle”. The Wall Street Journal heaped praise on Pinochet and Jonah Goldberg declared in the Los Angeles Times: “Iraq needs a Pinochet”.

The problem is that a close look at the figures suggests that Pinochet’s economic miracle may not have been much of a miracle at all. Muñoz, who sees real growth coming only in the democratic era, would agree. The praise Pinochet received then may derive from nothing more than being ideologically correct in the eyes of recent economic orthodoxy. Muñoz is surely right that radical economic change can occur without the type of inhumanity Pinochet orchestrated. It happened here in the late 1950s. Bitterness is one sure legacy of inhumanity, and at the time of his death in 2006 Pinochet was facing 300 charges. It will take many more years for the scars of the dictatorship to heal. Perhaps the lesson is that the more eggs you break the less likely you are to get a successful omelette.

Maurice Earls is joint editor of the Dublin Review of Books www.drb.ie 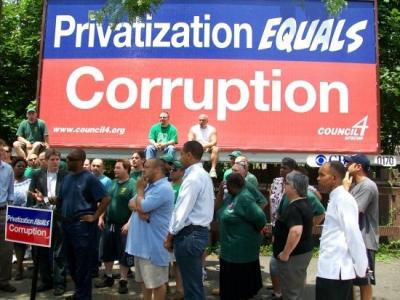