Was Death of American a Foreshadowing of Terrorism in Chile? - The Constantine Report
0 SHARES

American Terrorism » Was Death of American a Foreshadowing of Terrorism in Chile?

Was Death of American a Foreshadowing of Terrorism in Chile?

"... And as I learn more about this particular case, I’m further struck by the U.S. government’s complicity. American Michael Townley, a former CIA agent, later confessed to hiring a small group of anti-Castro Cuban exiles to help plant the bomb for Chile’s secret police ..." 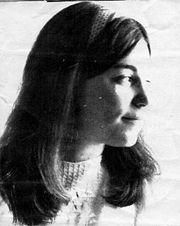 Until 9/11, most Americans didn’t believe that a terrorist attack could ever happen on U.S. soil. Yet one had occurred just a generation earlier--on September 21, 1976 on Embassy Row in Washington.

One of the victims was New Jersey-born Ronni Karpen Moffitt, a 25-year-old college graduate and newlywed. She was killed on her way to work after a bomb planted by agents of Chilean dictator Augusto Pinochet blew up the car she was riding in.

Orlando Letelier, her colleague and the car’s driver, also perished.

I started to work for the Institute for Policy Studies, the nonprofit organization where Ronni and Orlando were heading that sunny day, when I was about the same age as Ronni was when she was assassinated.

Like her, I was young and eager to change the world for the better.

Ronni had become aware of the inequalities and injustices that existed in our society, and decided to make the world a better place. She was a deliberate and thoughtful individual “moved by the simple fact that she was a good and kind human being,” her brother, Michael Karpen, said on the anniversary of her death.

She taught underprivileged kids. She created a program to make musical instruments more accessible to all.

She was a committed peace activist. She became a fundraiser for a cause she believed in.

As Orlando — a Chilean diplomat exiled by Pinochet’s dictatorship — steered toward a roundabout called Sheridan Circle that fateful morning, less than a mile from the White House, a bomb went off. The explosion threw Michael Moffitt, Ronni’s new husband, out of the backseat while Ronni and Orlando remained in the crashing car.

Both died from their injuries a few hours later.

And as I learn more about this particular case, I’m further struck by the U.S. government’s complicity. American Michael Townley, a former CIA agent, later confessed to hiring a small group of anti-Castro Cuban exiles to help plant the bomb for Chile’s secret police, under Pinochet’s orders.

Letelier had served as Chile’s ambassador to the United States and as his country’s defense minister under the democratically elected government of Salvador Allende, until the 1973 U.S.-backed coup overthrew him and installed Pinochet.

For his part, Pinochet viewed Letelier as a key enemy.

U.S. support for Pinochet’s seizure of power was as inexcusable as its complicity in Orlando and Ronni’s deaths.

“With U.S. approval, Pinochet established a secret police-intelligence apparatus that over his 17 years of rule murdered more than 3,190 people and tortured tens of thousands more,” my colleague Saul Landau writes. “In addition, he initiated Operation Condor, a network of intelligence-secret police agencies throughout Latin America, so that he and fellow military dictators could assassinate their ‘enemies’ abroad.”

Ronni, sadly, was caught in the crossfire of something our government could have and should have stopped. Instead, it aided and abetted organized state terror and failed to bring Pinochet to justice for his crimes.

In fact, a CIA report released in 2000 stated, “Many of Pinochet’s officers were involved in systematic and widespread human rights abuses... Some of these were contacts or agents of the CIA or U.S. military.”

Chile’s transition back to democracy was gradual. Pinochet was finally placed under house arrest in 2004. He had over 300 charges pending against him when he died in 2006.

Every fall, the Institute for Policy Studies honors Ronni and Orlando during our Letelier-Moffitt Human Rights Awards ceremony and a memorial service.

And I remember Ronni. There, but for the grace of God, go I.

Joy Zarembka is the interim director of the Institute for Policy Studies, a community of public scholars and organizers linking peace, justice, and the environment in the U.S. and globally.