French Trial of Pinochet Officers to Go Ahead 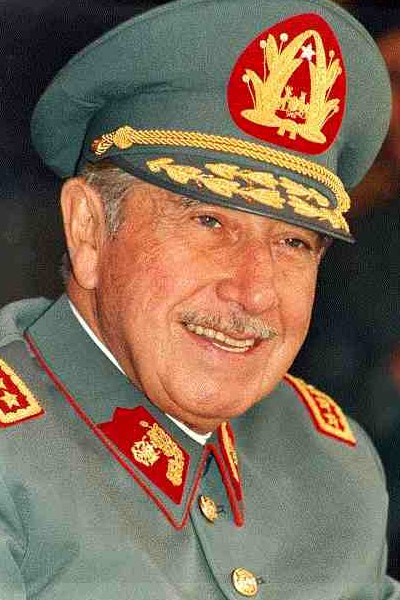 PARIS (Reuters) - France will try 17 Chileans in absentia over the disappearance in the 1970s of four French and French-Chilean nationals during the rule of former Chilean dictator Augusto Pinochet, a judicial source said Friday.

The 17, most of whom were military officers, will go on trial on charges of "arbitrary detention accompanied, or followed, by torture and barbarous acts" between 1973 and 1975.

The trial has been delayed on several occasions but is due to start in a Paris court in December.

Pinochet, who held power in Chile from 1973 to 1990, was implicated in the disappearance of the same four French nationals but died in December 2006 without ever facing trial.

The accused include General Manuel Contreras, former head of the Dina secret police, and Paul Schaeffer, who headed a community called Dignidad that the Chilean opposition said was used by Pinochet's secret police as a torture centre.

It is not clear if Schaeffer is still alive.

The four who disappeared are a former counsellor to leftist President Salvador Allende, who was overthrown by Pinochet in a 1973 coup, a priest and two members of the Revolutionary Left Movement (MIR).

The case alleges that Georges Klein, the counsellor, and a priest, Etienne Pesle, were taken to military camps in 1973.

Prosecutors say MIR member Alphonse Chanfreau was tortured at Dignidad, while Jean-Yves Claudet-Fernandez was abducted in Buenos Aires as part of a wider operation against Chilean opposition members involving other Latin American countries.

As a psychiatrist in Seattle in the eighties and nineties, I had the extremely difficult task of working with a priest who was arrested and brutally tortured – over many years – by Pinochet. My client had deep painful scars all over his body. Yet the biggest regret of his life was that because of his vow of poverty (and lack of financial resources) the only country willing to take him was the one that had put Pinochet in power. Fortunately the good Father was still alive when Pinochet was first arrested in the UK. If he were still alive, I know he would be most pleased to learn that Pinochet’s henchmen, at least, are finally being prosecuted.