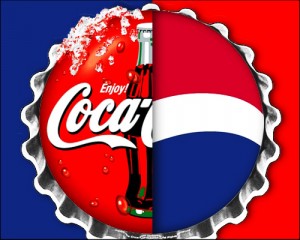 PepsiCo, the world’s second largest beverage company, has ended its partnership with ALEC, the controversial right-wing group that lobbies for voter suppression efforts. Pepsi’s move, which actually came in January but was first reported this morning by NPR, may also have had a role in compelling Coca-Cola to drop its support for ALEC.

Yesterday, progressive advocacy group Color of Change announced a boycott effort targeting several other corporations that are still members of the group, which for years has partnered with elected officials at a state level to draft and pass controversial, far-right legislation. Just a few hours later, Coke announced that they too are severing ties with the ALEC. As NPR reported today:

It’s part of a much broader campaign to spotlight companies that sell products to a public that might object to hard-line conservative policies such as stand your ground laws or requirements that voters show a photo ID at the polls.

“The clear and simple message was that you can’t come for black folks’ money by day and try to take away our vote by night,” said Rashad Robinson, director of ColorOfChange.

ALEC has also been cited as the driving force behind “Stand Your Ground” laws which have contributed to cases like Trayvon Martin in Sanford, Florida. George Zimmerman, who shot and killed Trayvon in February, remains free thanks to Florida’s version of the bill, which ALEC now uses as a template when introducing similar bills across the country.

Prompted by a petition campaign by the progressive advocacy group Color of Change, Coca-Cola has pulled its support from ALEC, a right-wing corporate-funded front group which has been pushing voter restriction efforts around the country. The company released this statement moments ago:

The Coca-Cola Company has elected to discontinue its membership with the American Legislative Exchange Council (ALEC).  Our involvement with ALEC was focused on efforts to oppose discriminatory food and beverage taxes, not on issues that have no direct bearing on our business.  We have a long-standing policy of only taking positions on issues that impact our Company and industry.

Impressively, Coke’s retreat came just five hours after Color of Change announced its petition, which read: “ALEC has pushed voter ID laws which disenfranchise large numbers of Black voters. Along with the NRA, ALEC also pushed a bill based on Florida’s ‘shoot first’ law – which has shielded Trayvon Martin’s killer from justice – into two dozen states across the country.”

ALEC charges corporations such as Koch Industries Inc., Wal-Mart Stores Inc., and The Coca-Cola Co. a fee and gives them access to members of state legislatures. Under ALEC’s auspices, legislators, corporate representatives, and ALEC officials work together to draft model legislation. As ALEC spokesperson Michael Bowman told NPR, this system is especially effective because “you have legislators who will ask questions much more freely at our meetings because they are not under the eyes of the press, the eyes of the voters.”