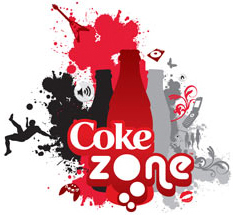 Some time ago, a friend overheard this snippet of conversation between two mothers on the J train. One was giving her child a taste of her Coca-Cola, and received a prompt scolding from the other mother, who warned, “You give your baby Coke? You should at least give him Diet!” But that sage health advice may be bound for the Old Wives’ Tale bin, because a federally-funded study of NYC soda drinkers suggests a link between diet soda consumption and an increased risk of strokes and heart attacks!

A research team from Columbia University and Miami’s Miller School of Medicine found that “people who drank diet soda every day had a 61 percent higher risk of vascular events than those who reported no soda drinking.” Researchers asked subjects at the outset to report how much and what kind of soda they drank, and followed up with them over the course of almost a decade. After factoring in the patients’ age, sex, race or ethnicity, smoking status, exercise, alcohol consumption, daily caloric intake, and heart disease history, they say the “increased risk persisted at a rate 48 percent higher.”

“If our results are confirmed with future studies, then it would suggest that diet soda may not be the optimal substitute for sugar-sweetened beverages for protection against vascular outcomes,” says Hannah Gardener, the report’s lead author. To be sure, correlation does not imply causation, and the researchers admit that self-reporting studies can be unreliable (people tend to fib a little about their bad habits). They also caution that the study “lacked data on types of diet and regular drinks consumed, preventing analysis of whether variations among brands or changes over time in coloring and sweeteners might have played a role.”

But whatever, this should be enough for the NYC Health Department to run with. Better nurse your baby with Tab now before Bloomberg tears it from your stroke-paralyzed hands.

Big Soda Unmasked: It’s Not as Sweet as You Think
Jun 07

Killer Coke: The Egregious History of the Coca-Cola Company
Aug 29