National Review has a fraught relationship with National Socialism. In recent years, the magazine has taken to likening liberals and socialists to fascists and Nazis. In a much-derided article published last week, correspondent Kevin Williamson claimed that Senator Bernie Sanders is leading “a national-socialist movement, which is a queasy and uncomfortable thing to write about a man who is the son of Jewish immigrants from Poland and whose family was largely wiped out in the Holocaust.” Later in the article, Williamson added that Sanders is not a “national socialist in the mode of Alfred Rosenberg or Julius Streicher,” but this proviso couldn’t undo the implication that Sanders and his supporters are modern day Hitlerites. Nor is Williamson alone: HisNational Review colleague Jonah Goldberg authored a lengthy tome in 2008, Liberal Fascism, making essentially the same argument about the supposed links between modern day progressives and the early 20th century European far right.

While self-evidently absurd as a line of argument, the Williamson/Goldberg thesis is a fine example of projection, especially interesting because of their magazine’s long history of both publishing pro-fascist arguments and also resenting any accusations of being pro-Nazi. As the new documentary The Best of Enemies reminds us, the relationship between National Review and Nazism was once the stuff of national television drama in a notorious debate between Gore Vidal and National Review founder William F. Buckley. In August 1968, during the Democratic Convention in Chicago, Buckley compared New Left youths carrying pro–Viet Cong flags to pro-Nazis. Vidal responded by saying, “As far as I’m concerned, the only sort of pro- or crypto-Nazi that I can think of is yourself.” This set off Buckley, who went bug eyed and threatened Vidal, saying, “Now listen, you queer, stop calling me a crypto-Nazi or I’ll sock you in the goddamn face.”

Best of Enemies does a fine job of recreating the Vidal/Buckley clash as a TV spectacle, but doesn’t really adequately explain why Buckley—who was a veteran debater and kept his cool in heated exchanges with adversaries like Noam Chomsky and John Kenneth Galbraith, who were just as formidable as Vidal—became unhinged at that particular moment. A better explanation can be found in the history of National Review itself.

As John Judis documents in his 1988 biography of Buckley, the conservative pundit’s father and namesake, William F. Buckley Sr., was an anti-Semite and fascist sympathizer who tried his best to pass along his ideas to his large brood. In 1937, four of the Buckley kids burned a cross outside a Jewish resort. The eleven-year-old William Buckley Jr. didn’t participate in the cross burning but only because he was deemed too young to participate and by his own account “wept tears of frustration” at being left out of the hate crime. At this point the young Buckley agreed with his father’s worldview, and would argue, in the words of a childhood friend, that “Bolshevik Russia was an infinitely greater threat than Nazi Germany.” The Spanish fascist leader Francisco Franco was a hero in the Buckley household, celebrated as a bulwark against the red menace.

As he came into adulthood Buckley gradually outgrew the anti-Semitism of his father. While the young Buckley did intervene to break up the engagement between his Jewish friend Tom Guinzburg and his sister Jane, he also came to see political anti-Semitism as toxic. After forming National Review in 1955, Buckley’s relationship to the European right was complicated: He continued to admire Franco as a hero but drew a distinction between fascism (permissible) and outright Nazism (beyond the pale). National Review worked hard to distance itself from openly anti-Semitic publications: In 1958 Buckley circulated a memo declaring that no one who served on the masthead ofThe American Mercury could also serve on the masthead ofNational Review. 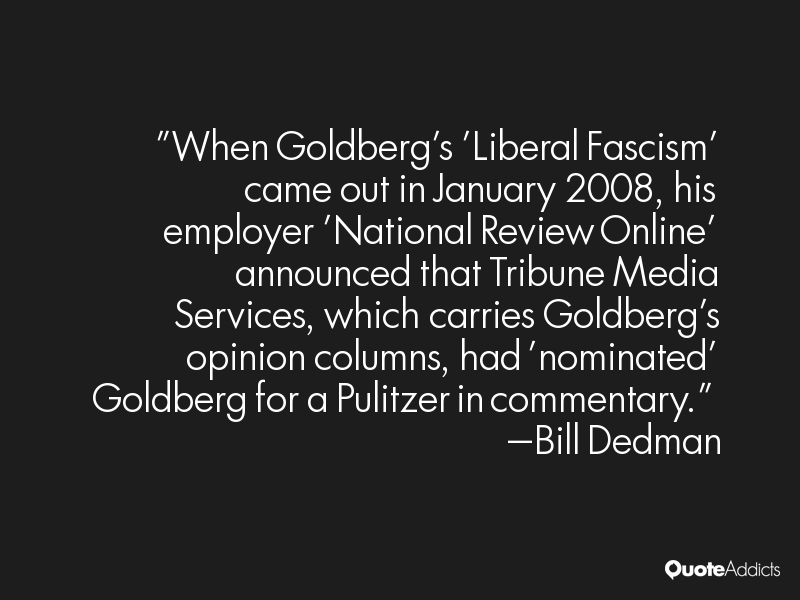 In the 1955, National Review had employed a troubled young right-winger named George Lincoln Rockwell to sell subscriptions. When Rockwell emerged as the leader of the American Nazi movement, Buckley took a two-pronged approach, publicly rebuking him and also privately working to find him psychological and religious counselling. But in 1961 editorial, after Rockwell was met by counter-protesters during a march in New York City, National Review criticized the “mob of Jews who hurled insults at him. Some lunged at him, and were kept from Rockwell’s throat only by a cordon of policemen. Are we ‘against’ the Jews whose pressure kept Rockwell from exercising his constitutional right to speak, and who would, if given the chance, have beat him bloody? Of course.”

It would be a mistake to read this editorial as a defense of free-speech absolutism of the sort that led the ACLU to support the right of Nazis to march in Jewish neighborhoods. For one thing,National Review was adamantly opposed to that sort of free-speech absolutism, and often defended McCarthysim. Moreover, “mob of Jews” wasn’t that editorial’s only target: It lambasted the civil rights movement for their “theatrical” challenge to Jim Crow in the south, a response which was “met, inevitably, by a spastic response. By violence.” During this period, National Review strongly opposed the Civil Rights movement and its tactics of civil disobedience. In effect theNational Review position was that American Nazis had a right to march in New York, but American blacks should refrain from exercising their first amendment rights in the South.

There were limits to the anti-Nazism of Buckley and National Review, which became ever clearer when Adolf Eichmann, one of the architects of the Nazis’ final solution, was captured by the Israelis in Argentina in 1961 and brought to trial in Israel. In 1961, National Review described the Eichmann trial as a “lurid extravaganza” which would produce such dire results as “bitterness, distrust, the refusal to forgive, the advancement of Communist aims, [and] the cultivation of pacifism.” (The idea that Jews in 1961 had an obligation to forgive Nazis is worth pondering).

As the late historian Peter Novick noted in his definitive bookThe Holocaust in American Life,

The general circulation magazine that outdid all others in the frequency and vehemence of its attacks on the trial was William F. Buckley’s National Review. Its first commentary on Eichmann was noteworthy in that, at a time when all the other media were reporting his millions of victims, it spoke of Eichmann’s being “generally believed to have a primary hand in exterminating hundreds of thousands.” Two weeks later the magazine returned to the subject, attacking the “pernicious” trial that was “manipulat[ing] a series of ex post facto laws … to give assassination a juridical rationale.” National Review‘s Eichmann coverage then turned to anti-Semitic ‘humor.’ The magazine presented the imagined conversations of a vulgar Jewish couple: “Sylvie” spoke to “Myron” about Eichmann (and gold, and hairdressers) in their Central Park West apartment while “doing her nails … on an enormous crescent-shaped, gold-on-gold, French provincial Castro convertible.” A bit later, theNational Review devoted an editorial to how the Communists were profiting from the “Hate Germany movement” being furthered by the Eichmann trial. 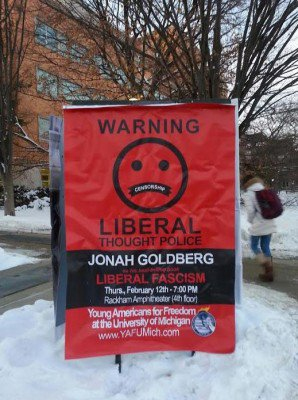 National Review’s position was not so much pro-Nazi, as anti-anti-Nazi (in parallel with the anti-anti-racism the magazine also adopted). The arguments the magazine made weren’t that Nazism was good, but that a focus on anti-Nazism kept attention away from the real enemies: socialists and communists. National Review founding editor James Burnham, a seminal influence on the magazine, expressed this sentiment in his 1964 book The Suicide of the West, where he claimed that “the Nazi menace is kept on the public stage by journalists, historians, movie directors, TV producers, novelists, preachers and demagogic politicians, with a prominence that has no objective historical justification.” (It’s perhaps worth remembering that in the late 1940s and early 1950s, as a CIA analyst, Burnham had advocated that the United States help organize East European militias behind the Iron Curtain, a policy that often involved working with quondam Nazis collaborators.)

This anti-anti-Nazism was combined with outright enthusiasm for fascism. In 1957, Buckley declared that “General Franco is an authentic national hero.” James Burnham echoed this sentiment in a 1975 obituary declaring “Francisco Franco was our century’s most successful ruler.” This was one of two celebratory obituaries the magazine devoted to Franco. The other was written by F.R. Buckley (one of Buckley’s brothers) who sang Franco’s praises as “a Spaniard out of the heroic annals of the nation, a giant. He will be truly mourned by Spain because with all his heart and might and soul, he loved his country, and in the vast context of Spanish history, did well by it.” 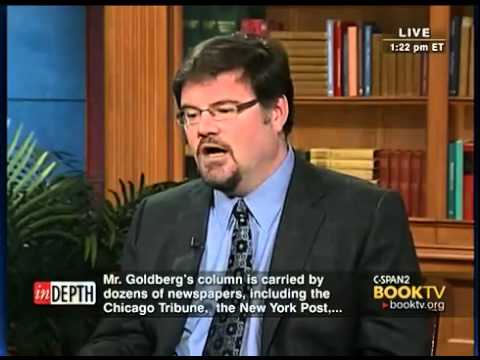 In his 1987 book From This Moment On, National Review editor Jeffrey Hart penned an equally effusive tribute to Benito Mussolini. “His 1922 blackshirt march on Rome brought to an end a period of political deadlock and leftist riot,” Hart asserts. “His domestic achievements were substantial. ... There was repression, the administrating of doses of castor oil, but no Gulags and Belsens or Cambodian-style slaughter. ... Mussolini was probably better read than any other national leader of his time. ... Mussolini’s leadership made even proletarians take some pride in being Italian, and his addresses, broadcast across the Atlantic, were listened to with respect in American-Italian households. ... Mussolini stood 5 feet 6 inches and had a massive, handsome head. ... Mussolini liked to interrupt his working day several times with sexual intercourse, often standing up and in his uniform, a very rapid performance.” According to Hart, Mussolini made only “a single error in judgement”: allying with Hitler in 1940.

So why did William F. Buckley react so badly to Vidal’s jibe about being a crypto-Nazi? Why are National Review writers like Kevin Williamson and Jonah Goldberg so eager to prove that liberals are the real fascists and Nazis? The most likely answer is that they have a bad conscience: they know that the history of their political movement has been compromised by pro-fascist and anti-anti-Nazi sentiment, and they want to deflect attention from that toxic legacy.