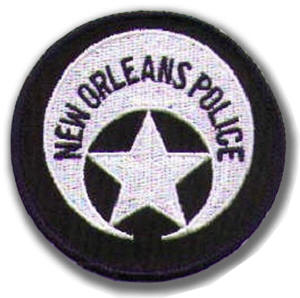 THE US Justice Department charged six New Orleans police officers today in connection with a shooting and alleged cover-up that occurred in the aftermath of Hurricane Katrina.

The officers had been responding to reports of looting and that someone was firing at police.

Four other people were injured in the shootings.

The charges allege officers attempted to cover up the shootings by making them appear to have been justified.

Police arrested Madison’s brother, Lance, and charged him with eight counts of attempting to kill police officers. Lance Madison was held in jail for three weeks but was released without charge.

Two supervisors, Arthur Kaufman and Gerard Dugue, were charged today with conspiring to cover up the crimes. Mr Kaufman allegedly claimed a gun from his home was found at the bridge and fabricated witness statements.

He and Mr Dugue purportedly held a meeting in an abandoned New Orleans Police Department building, where homicide officers instructed the officers involved in the shooting to get their stories straight before giving formal statements on the incident.

Mr Kaufman and Mr Dugue are also accused of conspiring to have Lance Madison and Jose Holmes prosecuted on the basis of false evidence. Mr Holmes was part of the first group of alleged shooting victims.

Four of the men charged today were among seven officers indicted in December 2006 on charges of murder and attempted murder, USA Today reported. The charges were dismissed because of prosecutorial errors.

Five former New Orleans police officers have already admitted to participating in a cover-up of the shootings.