The feds have been in pusuit of post-Katrina hucksters
www.neworleansmagazine.com

When you’re counting on a killing
Always count me in –
Talk me into losin’ just as long as I can win
I want the easy –
Easy money.

One of Donovan McMullen’s partners was a snitch, so he decided to kill him. McMullen got his hands on a Star 9-mm pistol and filed off the serial number. During a clandestine meeting in the woods outside Natchitoches, La., he handed the untraceable pistol and a magazine full of Hydroshock ammunition to his other partner-in-crime, Michael Proveaux, and told him to get the job done quickly.

During the meeting, McMullen, who had also brought along a shotgun, bragged that if FBI agents ever came after him he could kill two agents at a time. “I’ll load my shotgun with buckshot,” he said.

What made the meeting so remarkable, aside from the fact that the FBI was listening to every word, was that Donovan McMullen was no ordinary criminal. He was a Shreveport-area fire chief with no criminal record who had volunteered to spend six months in Baton Rouge helping organize medical relief efforts for victims of Hurricane Katrina. While in Baton Rouge, McMullen stole nearly half a million dollars worth of emergency medical equipment and delivered it to a contact in Texas.

After the feds discovered the theft and started poking around, McMullen put together a plan to kill his Texas connection, the man he believed was the only witness who could link him to the missing medical equipment. With so many federal dollars floating around, McMullen had thought that stealing two-dozen heart defibrillators was going to bring him some easy money. …

Previous Article
Book Review – The Complex: How the Military Invades Our Everyday Lives
Next Article
Journaiism and Culture in Iran 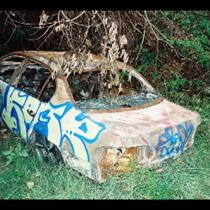 Journaiism and Culture in Iran
May 11