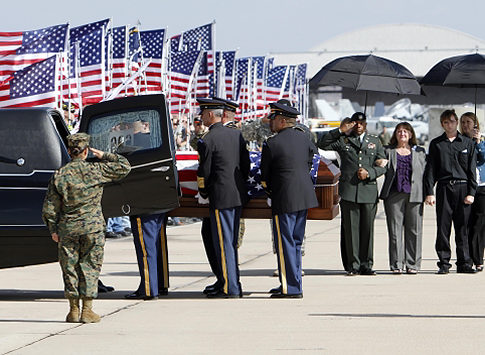 U.S. Sen. John Cornyn, R-Texas, called on the FBI Friday to make public a report that details the agency's role in the Nov. 5, 2009, mass shooting at Fort Hood.

The report is said to contain 18 recommendations for reforms in a range of areas within the agency. Current Chairman of the Homeland Security Advisory Council Judge William Webster authored the 150-page report and was expected to submit it to FBI Director Robert Mueller Friday.

The report examines the actions of the FBI before and after the Fort Hood shooting.

"This is a matter of accountability and lessons learned, so we can make sure this kind of thing doesn't happen again," Cornyn said in a phone interview with the Herald Friday.

The report comes in the wake of revelations that the FBI investigated suspected Fort Hood shooter Maj. Nidal Hasan months before the Army psychiatrist allegedly shot dozens of soldiers and civilians on Nov. 5, 2009, killing 13. In a pre-trial hearing for Hasan Thursday, Hasan's defense counsel said both the FBI and the Office of the Director of National Intelligence investigated the Army psychiatrist prior to the shooting and determined he was not a threat.

"I don't think the potential embarrassment of the FBI or any other agency is just cause to sweep this under the rug," the senator said. "In fact, I think the opposite is true."

In Cornyn's letter to Mueller, he stated that specifically the Fort Hood community has the right to know the contents of the report.

"The loss was most profound there in the Fort Hood community, but this is also about national security and particularly how the military shares information and identifies the tell-tale signs of potential problems," Cornyn said.

Cornyn noted that the Webster report is separate from the ongoing investigations of Hasan, who faces the death penalty in an upcoming court-martial scheduled to begin Aug. 20.

He said Congress needs to know what changes, if any, have been made with information sharing since the mass shooting and the extent that the FBI has adopted post-Sept. 11, 2001, measures.

"Lives are at stake, and unfortunately 13 people lost their lives and 32 had their lives changed forever," Cornyn said.