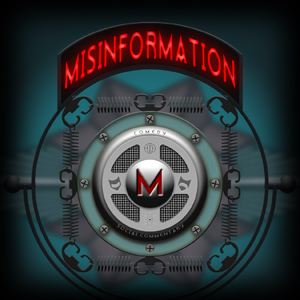 WASHINGTON – A USA TODAY reporter and editor investigating Pentagon propaganda contractors have themselves been subjected to a propaganda campaign of sorts, waged on the Internet through a series of bogus websites.

Fake Twitter and Facebook accounts have been created in their names, along with a Wikipedia entry and dozens of message board postings and blog comments. Websites were registered in their names.

The timeline of the activity tracks USA TODAY's reporting on the military's "information operations" program, which spent hundreds of millions of dollars on marketing campaigns in Iraq and Afghanistan — campaigns that have been criticized even within the Pentagon as ineffective and poorly monitored.

If the websites were created using federal funds, it could violate federal law prohibiting the production of propaganda for domestic consumption.

"We're not aware of any participation in such activities, nor would it be acceptable," said Lt. Col. James Gregory, a Pentagon spokesman.

A Pentagon official confirmed that the military had made inquiries to information operations contractors to ask them about the Internet activity. All denied it, said the source, who spoke on condition of anonymity because the inquiries were informal and did not amount to an official investigation.

The websites were taken down following those inquiries. Various other sites and accounts were removed for violating their providers' terms of service.

"I find it creepy and cowardly that somebody would hide behind my name and presumably make up other names in an attempt to undermine my credibility," Vanden Brook said.

The activity is the work of what online reputation expert Andy Beal calls a "determined detractor."

"It's like a machine gun approach. They're trying to generate as much online content as they can," he said. "The person who's behind this, we can give them a lot of credit here and assume they're very sophisticated about reputation attacks."

It can cost $10 to register a domain name, but $50 to pay for a proxy service to hide the owner's identity, as was done with two of the websites. A third was registered to a non-existent address in Pueblo, Colo.

"This is the work of somebody who knows what they're doing. They have some experience of covering their tracks. This is probably not the first time they've done something like this," said Beal, CEO of Trackur, an online reputation tracking service.

Some postings merely copied Vanden Brook's and Locker's previous reporting. Others accused them of being sponsored by the Taliban. "They disputed nothing factual in the story about information operations," Vanden Brook said.

On Feb. 8, as Vanden Brook continued to ask questions of contractors, a new Wikipedia user attempted to create an entry on him, alleging he "gained worldwide notoriety" for his "misreporting" of the 2006 Sago Mine disaster in West Virginia.

Early reports from the scene, relying on faulty information from the governor and mine operators — said 12 of 13 miners were found alive, when in fact only one was. Many news outlets — including the Associated Press, The New York Times and USA TODAY — conveyed the inaccurate reports in early editions.

Wikipedia took down the page and banned the user, but similar comments started populating Internet message boards and blogs. In one case, the fake @Tomvandenbrook Twitter account defended his Sago reporting to another apparently fake account.

Vanden Brook said he's continuing to pursue the propaganda story. "If they thought it would deter me from writing about this, they're wrong."

"This is a clear attempt at intimidation that has failed," Locker said.