Holocaust: The Acquiescence of the United States in the Murder of Jews (Jerusalem Post)

“I left him [President Roosevelt] with the satisfactory thought that he was wholeheartedly in support of the [discriminatory visa policy],” Assistant Secretary of State Breckinridge Long, 3 October, 1940

David Turner was the first director, Justice for the Pollards; created JUDAC, Jews United to Defend the Auschwitz  Cemetery, 1988; past JNF Regional Director. 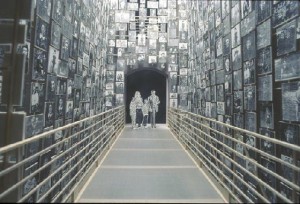 Introduction: I can think of no more damning condemnation of American antisemitism become state policy than a document, and the situation that inspired it, produced within the American government itself. The title alone expresses a degree of outrage that, explicit as it was, hardly touches the result of decades of antisemitism expressed in discriminatory congressional immigrant legislation and the Roosevelt Administration’s indifference and passive participation in the murder of Europe’s Jews. The document’s title is Report to the Secretary on the Acquiescence of This Government in the Murder of the Jews.

“In the spring of 1943, at the height of the Holocaust, [Josiah] DuBois was working on the staff of the Treasury Department’s Foreign Funds Control Division. American Jewish organizations seeking to ransom Jews in Europe asked the Roosevelt administration for a license to send the funds [private donations] into Axis-controlled territory, which was normally prohibited by law because of the war. DuBois and his colleagues at Treasury approved the request, but the State Department delayed it for many months… Frustrated by these delays, DuBois began his search for the source…”

What Treasury-3 uncovered was a systematic policy run out of Roosevelt’s State Department with the president’s approval to discriminate against Jewish refugees fleeing Germany pre-war, facing death in the Holocaust, and continuing even after the war.

In an entry from Breckinridge Long, the Assistant Secretary of State recalls that that President Roosevelt supports his policy of encouraging consulates to “postpone and postpone and postpone” the granting of visas. Regarding their meeting of 3 October, 1940 the Undersecretary’s diary entry reads,

“So when I saw him this morning the whole subject of immigration, visas, safety of the United States, procedures to be followed; and all that sort of thing was on the table. I found that he was 100% in accord with my ideas …The President expressed himself as in entire accord with the policy [my emphasis] … I left him with the satisfactory thought that he was wholeheartedly in support of the policy…”

Nor was administration anti-Jewish policy limited to withholding visas from the condemned. State also controlled the flow of information from overseas consulates to persons engaged in relief efforts, and to the press.

During a meeting at the US consulate in Bern, Switzerland Gerhardt Riegner, Secretary of the World Jewish Congress asked that a message regarding Nazi plans to exterminate Europe’s Jews be forwarded to the US and Allied governments, and to Rabbi Wise in New York. Under the classification “STRICTLY CONFIDENTIAL” the report was sent to only one recipient, Cordell Hull, Roosevelt’s Secretary of State. Dated 11 August, 1942 it reads:

“Informer reported to have close connections with highest German authorities who has previously generally reliable reports says that in Fuehrer’s headquarters plan under consideration to exterminate at one blow this fall three and half to four millions Jews following deportation from countries occupied, controlled by Germany and concentration in east. Method execution undecided but prussic acid has been considered…”

Exactly six months later and two months before the Bermuda Conference, on 19 February, 1943 Hull sought to control the flow of  information relating to extermination campaign from Europe “to private persons in the United States.” The principal American recipient of the reports was Roosevelt’s “close friend and confidant,” Rabbi Wise:

“In the future we would suggest that you do not accept reports submitted to you to be transmitted to private persons in the United States… Such private messages circumvent neutral countries’ censorship and it is felt that by sending them we risk the possibility that steps would necessarily be taken by the neutral countries to curtail or forbid our means of communication for confidential official matter [!].”

The Bermuda Conference opened on 19 April, 1943 and lasted for twelve days. Called not in response to American concern over the plight of Jewish refugees but rather to placate the British public aroused over news regarding the slaughter of Europe’s Jews, the State Department was tasked to assure that nothing of substance would result. In its pre-Conference memorandum, Views of the Government of the United States Regarding Topics Included in the Agenda for Discussion with the British Government State’s conditions included:

“(A) The refugee problem should not be considered as being confined to persons of any particular race or faith.

1. The Government of the United States and the British Government, in agreeing to this topic of the agenda, have mutually recognized the fact that the refugee problem is not limited in scope or character to persons of any particular race or faith who may be subjected to oppression, persecution, or extermination by the Nazi-Fascist Governments and their satellites.

“(B) … arrangement may be determined for temporary asylum for refugees as near as possible to the areas in which those people find themselves at the present time [so Palestine and the United States are excluded] and from which they may be returned to theirhomelands with the greatest expediency on the termination of hostilities [as if the Jews had a “homeland” to return to; followed by 567 words rationalizing the above].”

“(C) There should accordingly be considered plans for the maintenance in neutral countries in Europe of those refugees for whose removal provision may not be made [and another 500 word rationale].”

“D” makes clear American policy from Day One was “do as I say, not as I do.” Any “neutral” country can accept refugees, but the US is neither, so will not accept refugees:

“D.9. As the Government of the United States has no territory in Europe or Africa the question of affording temporary or permanent asylum for refugees in any of the countries on either of those continents must be determined largely by the governments of the countries concerned.”

The State Department memo comprised 2158 words of restrictions and limitations and reinforced nearly a decade of Roosevelt’s policy of non-interference in the progress of persecution and extermination. While not directly in Hilberg’s terms a Perpetrator, the United States throughout persecution/extermination years was content to remain a Bystander, a passive participant in the extermination of the Jews. It was the discovery of this administration policy by the Treasury-3 which inspired their Report to the Secretary on the Acquiescence of This Government in the Murder of the Jews.