Caveat: A reporter is only as accurate as his mental programming (I became intensely cognizant of this fact when reading wrong-headed reviews of my own work), and thus this fatuous statement: "Of all the bizarre tales of ritualistic child abuse accompanied by sacrifices and group sex, Wall's case stands alone — his was proven in court." Numerous cases have been proven in court. The press constantly downplays ritual abuse, covers it up with facile distortions. The McMartin case is also mentioned in the text, and it is misrepresented, as well. The McMartin evidence was distorted in the courtroom, explained away in the press with flagrant disinformation to discredit the children and their advocates. McMartin "facts" related to the public are not the true facts of the case, but a ridiculous, falsified caricature of real, horrendous abuse. - AC 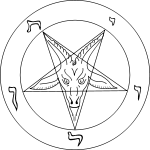 There were times when prosecutor Don Wall, a man not easily shocked, simply closed the file and stopped reading.

He knew he had the makings of a very good case — not the least of which were volumes of written confessions. But page after page filled with ungodly details burned his eyes and seared his soul. Looking at them made him bone-weary.

"I could only read about 15 pages at a time," said Wall, assistant district attorney of Louisiana's rural Tangipahoa Parish, north of New Orleans. "It just really wore on me. It just made me tired."

Of all the bizarre tales of ritualistic child abuse accompanied by sacrifices and group sex, Wall's case stands alone — his was proven in court. It is a story of sexual hedonism in a house of worship, some of it perpetrated by parents against their own children.

Former pastor Louis Lamonica was sentenced last year to four concurrent life terms for having sex with his two sons. Another church member was sentenced to three life sentences for systematically abusing his daughter until she was 5. A third pleaded guilty to sexual battery of the same girl and received a 10-year sentence. A fourth awaits trial.

"I had McMartin (the California preschool scandal) thrown in my face a lot during all this," Wall said. "That's the main reason I kept this devil worshipping stuff to a small portion of the trial. Worshipping the devil is not illegal. Child molestation is. That's what I focused on."

In excruciating detail, the ex-leader of Hosanna Church in tiny Ponchatoula on the northwest bank of Lake Pontchartrain, wrote in a journal how he and others stood shoulder to shoulder in the youth hall, passing children to each other, committing every imaginable sex act upon them.

"Everybody got a turn," Lamonica said. "It was like nobody missed out, including the women."

The Hosanna faithful, once a thriving congregation, had dwindled to a dozen or so families over the past decade. They abandoned their First Assembly of God affiliation and whitewashed the windows of its sanctuary and school.

Behind the glass, members abused children from infants to toddlers and beyond, splattered animal blood and dabbled in devil worship, Lamonica and others set down in thick journals written in hopes of forgiveness. The books were later seized by sheriff's deputies.

The investigation started in 2005, when Lamonica made a trip to his local sheriff in nearby Livingston Parish.

After spending two hours being videotaped by detectives, Lamonica stood to go. He hoped for plea deal, he said. He was arrested and held without bail until trial.

Meanwhile, deputies searched the church, his home and the homes of others. They found Lamonica's 260-page confessional, others' written pleas for atonement, and a faded pentagram on the youth hall floor.

The admitted sins covered about four years, beginning in 1999 and involved several children, some of whom were now grown. Working with the FBI, investigators spoke to the oldest alleged victims. None claimed they were abused.

"I interviewed one young man... He had tears running down his cheeks, but he said nothing happened," Wall recounted. "I don't think the older ones wanted to get involved. They'd seen the firestorm in the media. Who wants to get calls from reporters saying, 'What happened to you?'"

At trial, Lamonica recanted his confessions, saying he'd been coerced by the church's new pastor. Jurors didn't believe it, nor did they accept the testimony of his sons, who said they'd lied about being abused as children — but had earlier been interviewed on videotape telling a series of therapists and agents about childhoods in which sex with their father was ever-present.

After three men went to jail, and the hysteria died, Wall saw beyond the banality.

"This was just a situation where the men were pedophiles and they all happened to be in the same place together," he said.

In a sense, "it's like if I met you and said, 'Do you like Mexican food?' And you said, 'Yes, I do.' So we went and got some Mexican food. I know that sounds like a terribly oversimplified way of putting it, but it's true. That's how it was to them.