by Mike Rhodes ( editor [at] fresnoalliance.com ) 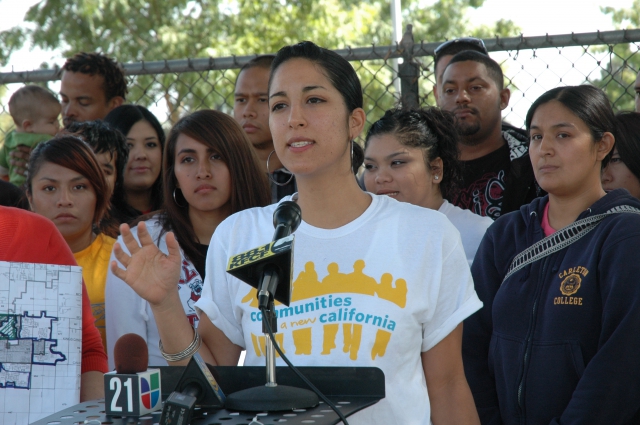 In a dramatic "October Surprise" that community activists say is certain to decrease voter turnout in Fresno County, 200 out of the normal 400 polling places have been closed. Hardest hit is southwest Fresno, which is predominantly African American and Latino, where activists say that 75% of polling places have been eliminated. Sabina Gonzalez, who is the campaign director for Communities for a New California, says some residents in SW Fresno will be forced to walk over 2 miles to find a polling place that is open. One polling location in southwest Fresno will have 4,400 voters assigned to it, which is likely to create long lines and delays on November 2.

County Clerk Victor Salazar announced a couple of weeks ago that budget cutbacks have forced his department to reduce the number of polling location in the mid-term elections. But, community groups like Communities for a New California have forced Salazar to modify his plans. Salazar was forced to open twenty (20) early voting sites on Saturday, October 30 and send out a post card notifying voters of their new voting locations.

Community groups are working to Get Out The Vote (GOTV) and there will be an effort in Fresno to monitor voter suppression efforts by filming problems at polling places.

Local activists connected to the "Video The Vote" campaign are concerned because the October -November 2010 edition of "Central Valley Tea Party Times" dedicated 2 pages about the potential for "voter fraud." If Tea Party activists are at polling places and intimidate anyone they think might be an "illegal alien" the "Video The Vote" group will be there to document the incident.