“It used to be back in the days when we fought wars to win them that civilian deaths were the object. We wanted the civilian population to demand that their government surrender. That’s how you win wars.” — Rush Limbaugh

” … Fifty-eight percent of both Protestants and Catholics say it’s “sometimes justified” for the military to “target and kill civilians.” And 64 percent of Mormons! Only Muslims and nonbelievers more often than not say it’s never OK. And terrorism, which you think would poll down there with child abuse and animal cruelty, actually has a pretty solid following among Americans. … “

Originally published on the Fairness & Accuracy in Reporting (FAIR) site at http://fair.org/  Jim Naureckas has been the editor of Extra!, FAIR’s bimonthly journal of media criticism. He is the co-author of The Way Things Aren’t: Rush Limbaugh’s Reign of Error, and co-editor of The FAIR Reader: An Extra! Review of Press and Politics in the ‘90s. He is also the co-manager of FAIR’s website. He has worked as an investigative reporter for the newspaper In These Times, where he covered the Iran-Contra scandal, and was managing editor of the Washington Report on the Hemisphere, a newsletter on Latin America.

I came across this polling from Gallup (8/2/11) while I was looking to debunk the nutty idea that Muslim Americans never criticize terrorism. The Gallup poll shows, of all religious groups surveyed–including nonbelievers–Muslims are the least likely to say it’s OK to kill civilians.

This is true whether the question is asked about individuals doing the killing or the government.

What stays with me about this polling, though, is not how unwilling Muslims are to kill civilians, but how eager everyone else is. Fifty-eight percent of both Protestants and Catholics say it’s “sometimes justified” for the military to “target and kill civilians.” And 64 percent of Mormons! Only Muslims and nonbelievers more often than not say it’s never OK.

And terrorism, which you think would poll down there with child abuse and animal cruelty, actually has a pretty solid following among Americans. More than one out of four Catholics and Protestants, and about one in five Jews, Mormons and nonbelievers say it’s “sometimes justified” for “an individual person or a small group of people” to go on a people hunt.

Where do people get ideas like this? I haven’t been to church in a while, but I don’t remember my Catholic priest telling me that what Jesus would do was carpet bomb. You’re also unlikely to hear a government official endorsing a policy of intentionally killing civilians. (Well, not usually.)

In corporate media, though, you do sometimes hear pundits professing that civilians ought to face the wrath of the United States. This was a common theme in Kosovo commentary. And even more widespread in the aftermath of the September 11 attacks. Beloved radio talker Paul Harvey used to wax nostalgic about American genocide, and wise man Ted Koppel urged nuclear retaliation against Iran for any act of nuclear terrorism–whether it came from Iran or not. Even discussing whether the U.S. was right to deliberately kill tens of thousands of civilians in Hiroshima and Nagasaki is viewed in media circles as unpatriotic.

As for civilians doing the killing, you get a surprising amount of support for the idea for political killing from the media–from Fox News and other right-wing talk hosts, but also from the ultra-respectable Ted Koppel, who once mused on air  whether doctors who perform abortions should be murdered was a  “tough question.” The guest he was having the discussion with went on to do just that. 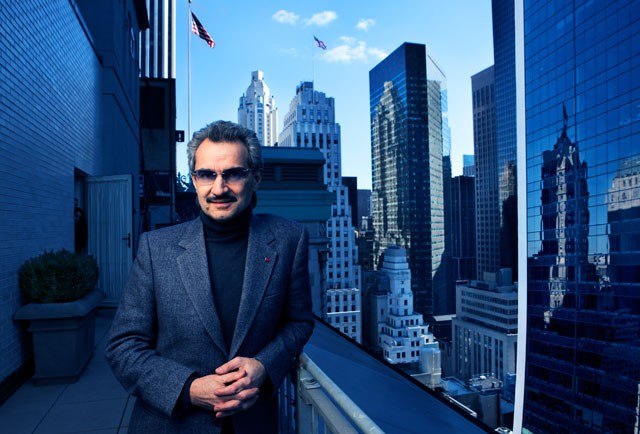 News Corp. Investor Prince Alwaleed Believes “Too Much is Made” of Phone-Hacking Scandal
May 08