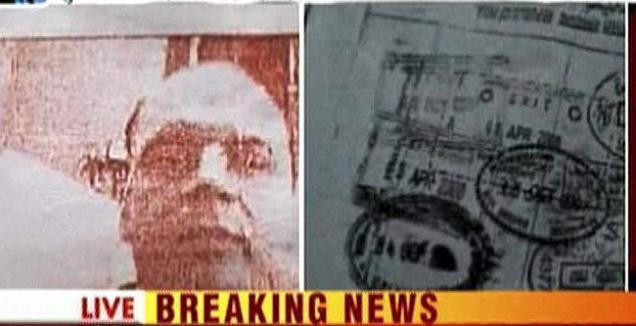 “Former” Drug Eenforcment Agency “asset” David C. Headley has received generous offers of leniency from U.S. prosecutors for his participation in the 2008 Mumbai slaughter — a marked departure from the harsh anti-terrorist policies that have followed 9/11. Speculation about continuing domestic intelligence ties has provoked much outrage in India. Mr. Headley has pleaded guilty to an array of criminal charges, but prosecutors have not sought the death penalty or even a life sentence. His ties to the CIA, Pakistani ISI, DEA and other intelligence agencies remain classified information. — AC

US federal court sentences David Headley to 35 years in jail

Pakistani-American LeT terrorist David Headley was on Thursday sentenced to 35 years in jail by a US court here for his “unquestionable” role in the massacre of 166 people in the 2008 Mumbai attacks.

Handing out his order, US district judge Harry D Leinenweber said, “He commits crime, cooperates and then gets rewarded for the cooperation. No matter what I do it is not going to deter terrorists. Unfortunately. Terrorists do not care for it. I do not have any faith in Headley when he says that he is a changed person now.”

“I do believe that it is my duty to protect the public from Headley and ensure that he does not get into any further terror activities. Recommending 35 years is not a right sentence. I will accept the government motion 35 years and sentence of 35 years and supervised release for life,” he added.

A week back, Judge Leinenweber had sentenced 52-year-old Headley’s school time friend, Tahawwur Rana, to 14 years of imprisonment, followed by three years of supervised release for providing material support to LeT and planning terrorist attack against a Danish newspaper in Copenhagen. Under a plea bargain, a death sentence for Headley was already knocked down. But many were surpised when the US prosecutors did not seek a life sentence for Headley.

Headley was sentenced on 12 counts, including conspiracy to aid the Pakistani group Lashkar-e-Taiba, which mounted the attacks on the landmark Taj Mahal Hotel and other targets. Both Headley and Rana were arrested in 2009. Headley was a small-time narcotics dealer turned US’s Drug Enforcement Agency (DEA) informer who went rogue.

In their closing argument, US attorneys Daniel J Collins and Sarah E Streicker had sought between 30 and 35 years of imprisonment for Headley. His attorneys Robert David Seeder and John Thomas had sought a lighter sentence arguing the amount of information he provided to the US government against terrorist organisations like LeT and several of its leaders.

Headley has confessed that he had undertaken numerous scouting missions for his handlers in Pakistan. He had videographed a number of targets in India including the iconic Taj hotel in Mumbai which was attacked by 10 LeT terrorists. According to security agencies, the detailed videos made by Headley was the foundation on which the Mumbai attacks was planned and carried out. Headley had even changed his name from Daood Gilani in 2006 to easily move in and out of India without raising suspicision.

The US attorneys argued that while there is no question that Headley’s criminal conduct was deplorable, his decision to cooperate provided uniquely significant value to the US government’s efforts to combat terrorism.

“We are seeking less than lifetime sentencing, because of the significant intelligence value information provided by Headley. Crime is deplorable, shocking and horrific. I am not going to find the words to describe the Mumbai terror attack– the job is to balance how serious the crime was and the information he provided immediately after his arrest.”

Earlier, on January 17, Headley’s aide Tahawwur Rana was sentenced to 14 years in jail followed by five years of supervised release for the “serious crime” of providing material support to Pakistan-based LeT and for backing a plot to strike a Danish newspaper.