The notorious Cliven Bundy is back in the news, this time because two of his sons, Ammon and Ryan Bundy, have joined up with a terrorist group that has seized a national wildlife refuge in Oregon as a form of protest. Cliven Bundy and his sons are also Mormons – they are not fundamentalists, but official members of the Church of Jesus Christ of Latter-day Saints.

In a Church that puts a great deal of resources into PR efforts, the Bundy family seems to contribute a lot of bad press for the Church. Ammon, in speaking for the group, has refused to say whether they’re armed and has threatened violence against law enforcement. And it’s clear that Cliven Bundy’s actions influence other people, even beyond the followers he amassed in the armed conflict at his ranch. Another member of the group his sons have joined posted a goodbye video on Youtube, vowing to protect the constitution with his life against the tyranny that “has taken place across the country,” specifically citing Cliven Bundy’s ranch as an example.

Cliven Bundy and his sons are actively encouraging others to go against the Church’s teachings on obeying the law of the land. As the 12th Article of Faith states:

12 We believe in being subject to kings, presidents, rulers, and magistrates, in obeying, honoring, and sustaining the law.

Encouraging others to go against the Church’s teachings qualifies as Apostasy according to the definition in the Church’s handbook, so why haven’t these men faced Church disciplinary courts? Cliven Bundy’s very affiliation with the Church hurts the Church’s image, and in an address that the Church Newsroom has encouraged reporters to read in order to understand the purpose of excommunication, Elder Ballard made the following statement:

“Members sometimes ask why Church disciplinary councils are held. The purpose is threefold: to save the soul of the transgressor, to protect the innocent, and to safeguard the Church’s purity, integrity, and good name.”

That’s right – one of the purposes of excommunication is to safeguard the Church’s purity, integrity, and good name. Over the last few years, the Church has made clear its willingness to excommunicate members who fail to repent according to their leaders’ expectations. That willingness to carry out excommunications also sends a message about those members who drag the Church’s name through the mud by encouraging behavior contrary to Church teachings (such as torture) and yet do not face discipline. It sends a message that what those individuals are doing is okay, or at least not as serious as the situations where discipline does occur – such as when a same-sex couple marries or a feminist publicly petitions for women to be ordained.

Do we really want to send the message that gay marriage and petitioning for women’s ordination are worse than  praising slavery, designing a torture program, or encouraging domestic terrorism?

Edit: in paragraph 3, I accidentally typed “Ted Bundy,” when I meant “Cliven Bundy,” so I’ve fixed that error. I in no way meant to imply any connection between these individuals- my brain just has a very strong association between “Bundy” and “Ted” that my proofreading failed to correct. 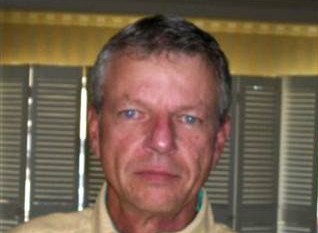 More Terror on the Right: John Houser was a “Radical Conservative” with “Extreme” Christian Views
Jul 24

More Terror on the Right: John Houser was a “Radical Conservative” with “Extreme” Christian Views