John Durham’s Investigation Has Disclosed Corruption: His Own

The Barr-appointed special counsel was supposed to reveal “the crime of the century.” All he revealed was his incompetence—and worse. 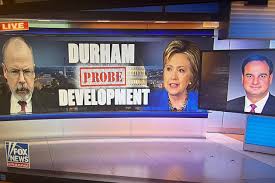 Perhaps he did. But whose? Indeed, the Durham fiasco has disclosed, first and foremost, how much damage Republicans are willing to do in an attempt to deny the results of Robert Mueller’s own special counsel investigation.

Barr appointed Durham immediately after the Mueller investigation finished, over 40 months ago. At the time, there was no evidence a crime had been committed. The sole explanation Barr offered in his memoir was that “I still had to launch US Attorney John Durham’s investigation into the genesis of this bogus scandal.” Thus far, the only scalp Durham can claim is that of an FBI lawyer who pleaded guilty to doctoring an email, but even there, that crime was discovered by a Justice Department inspector general investigation, one that found no evidence that politics affected Mueller’s investigation.

Durham’s own investigations have flopped. In June, a District of Columbia jury found lawyer Michael Sussmann not guilty of lying to hide a tie between the Hillary Clinton presidential campaign and a tip about some cybersecurity anomalies Sussmann shared with the FBI in September 2016. Then, after the government finished its case, a Republican-appointed judge ruled that Durham had charged the primary source for Christopher Steele’s dossier, Igor Danchenko, with lying even though the alleged false statement was “literally true.” Then a jury did the rest. It acquitted the Russian analyst of four additional charges. Forty months in, two juries and a judge concluded Durham had proven no crime.

Trump once bragged that Durham was going to uncover “the crime of the century.” But for all the right-wing celebration of purportedly momentous new disclosures, the most stunning revelations from the Danchenko trial were details of how Barr and Senator Lindsey Graham recklessly demanded the release of Danchenko’s first FBI interview report, which led directly to his exposure and ruin as an FBI source. After Danchenko helped the FBI to vet (and discredit) the Steele dossier in 2017, he served as an FBI source for over three years. By the time Barr and Graham burned Danchenko, he had contributed to 25 FBI investigations across six field offices. “Losing Mr. Danchenko as a confidential human source harmed national security,” his handling agent Kevin Helson agreed with Danchenko’s lawyers at trial. As Helson described, Danchenko was even “reporting on some things that were against Trump.”

Durham’s twin trials also revealed how much deceit it takes to sustain the fairy tales the Barr-appointed special counsel was spinning for Fox News’s audiences. Durham got an FBI agent to testify incorrectly that Danchenko believed he had received a phone call from Sergei Millian on a cell phone; when Danchenko’s lawyer instructed the agent simply to turn the page of a trial exhibit and keep reading, the agent corrected his testimony to note that Danchenko had said the call may have come on a mobile app. The agent agreed with Danchenko’s attorney that “we all know that [the testimony Durham elicited is] false.”

Prosecutor Brittain Shaw elicited false testimony about whether an FBI analyst had used information Danchenko provided to pitch an investigation into one of his associates. “I was absolutely not trying to lie,” Amy Anderson insisted, when shown a document that proved Danchenko had in fact provided information Shaw claimed he had hidden. Durham even tried to elicit false testimony to suggest that Danchenko had been asked—ever!—about a report at the core of one charge against him. He did so by pointing to a different, earlier Christopher Steele project, suggesting it was the Democratic-funded dossier.

Durham’s boosters claim he has exposed the failures of the Crossfire Hurricane FBI team that was probing links between the Trump campaign and Russia. But the biggest 2016-related failure revealed at the trials showed that two cybersecurity agents who first analyzed anomalies associated with Russia’s Alfa Bank misrepresented their timing and never reviewed key data. As a result, the FBI dismissed the anomalies without answering key questions about them. “The FBI didn’t necessarily do everything right here,” prosecutor Andrew DeFilippis said, admitting his own witnesses’ investigative failures to the Sussmann jury. “They missed opportunities. They made mistakes.” One of the agents who blew it accurately predicted that “any chance you get to work something like this that truly has [zero] repercussions if you mess it up.” He is among the only FBI agents involved in a Russia investigation in 2016 that Barr’s DOJ didn’t punish for their involvement.

Besides, Durham’s own investigative failures were far more stunning than anything described at trial. First, he never asked DOJ’s inspector general for relevant evidence until after he indicted Michael Sussmann. That led Durham to rediscover something he had been told four years earlier but claimed to have forgotten: The inspector general had cell phones from his key witness. The inspector general also provided meeting notes by FBI witnesses disproving the case against Sussmann. And only in this same period months after the indictment did Durham ask his key witness to review what he had in his own iCloud account; along with one text that showed Durham had charged the wrong date, the witness found evidence that Sussmann helped the FBI kill a New York Times story about the Alfa Bank anomaly, something that undercut all Durham’s claims about Sussmann’s motive for sharing the tip with the FBI.

Even Durham’s case against Danchenko showed investigative shortcomings. Durham proudly had his case agent describe the laborious work the team did to rule out that Danchenko had received a telephone call from Sergei Millian, but described nothing that would rule out a call using a mobile app—an egregious oversight for any prosecutor, especially one in such a high-profile case.

Durham doesn’t need to do a report to show what an incompetent investigation looks like: His team modeled it.

All these failures culminated, in Durham’s closing argument in the Danchenko case, in an outright lie about the Mueller investigation. “Reflect on how this came about,” Durham said, attempting to rationalize his own investigation to the jury. “Director Mueller, a patriotic American, the former director of the FBI, concludes there’s no evidence of collusion here or conspiracy.”

This misstates Mueller’s conclusion. True, Mueller did not charge any Trump associate with a conspiracy relating to 2016. But Meuller also explicitly said, “A statement that the investigation did not establish particular facts … does not mean there was no evidence of those facts.” In other words, Mueller specifically pre-butted what Durham said about there being “no evidence,” but Durham went ahead and said it anyway—and to a jury. Then he used his false claim that Mueller had found no evidence of conspiracy to ask, “Is it the wrong question to ask, well, then how did [the Mueller investigation] get started?”

Durham, of course, has likewise not charged any conspiracy, in spite of Trump’s promises that there was one.

And whereas two juries rejected Durham’s accusations that people lied to the FBI in connection with sharing tips tying Trump to Russia (neither of which, incidentally, was the genesis of the Russia-Trump investigation), Mueller did show that five top Trump associates lied to cover up their 2016 ties to Russia.

Trump’s “coffee boy,” Papadopoulos, admitted he lied about when he got advance notice of Russia’s plans to help Trump. Trump’s national security adviser, Mike Flynn, confessed that he lied about how he undermined several of President Obama’s foreign policy efforts on a series of calls with the Russian ambassador. Trump’s personal lawyer, Michael Cohen, admitted that he lied to Congress to hide the direct contact he had with the Kremlin in pursuit of an impossibly lucrative real estate deal. A judge found that Trump’s campaign manager, Paul Manafort, lied about a meeting with a man—since sanctioned as a “known Russian Intelligence Services agent”—where he shared campaign strategy and discussed plans to carve up Ukraine. And a jury found that Trump’s dirty trickster, Roger Stone, lied about the true nature of his back channel to the Russian hack-and-leak effort. All the Barr misrepresentations and all the failed prosecutions and all the Trump pardons cannot erase Mueller’s results.

The Durham crowd wants to justify a 40-month investigation that found not a single new crime by pointing to disclosures the special counsel made. Fine, let’s do that. Those disclosures show that Republicans willfully damaged national security in a failed attempt to make Mueller’s damning revelations go away.

Marcy Wheeler blogs on national security and the law at emptywheel.