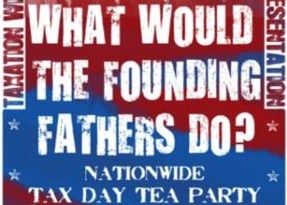 March 17, 2012 (Lemon Grove)—Lemon Grove resident Michael John Kobulnicky, 50, a leader in the San Diego Tea Party and former regional director of the Southern California Conservative Party, is under arrest for allegedly kidnapping and raping a local woman on Fiesta Island.

“He dragged her out of the car and sexually assaulted her pretty brutally,” San Diego Police Lt. Andra Brown told ECM news partner 10 News in late February, shortly after the February 25 assault occurred.

On his website, http://www.michaelkobulnickyusa.com, Kobulnicky lists his leadership roles as “currently the co-organizer and public relations representative for the San Diego Tea Party.”

After Kobulnicky’s arrest, the San Diego Tea Party issued a statement indicating that Kobulnicky took leave the group in January for personal reasons and had not been in touch since then, the San Diego Union-Tribune reports.  He has been removed from his position while the legal process runs its course, the statement said, adding that “"Our hearts and our thoughts go out to the victim.”

The suspect previously identified himself with the Conservative Party USA. In 2009, he was listed as regional director of the Southern California Conservative Party, according to http://conservativepartyusa.org/bios/kobulnicky.html

According to his website, Kobulnicky  supports Christian values, is a father of five sons, and is co-founder and president of the National Council of Americans, Inc, a nonprofit that helps youths.

He also lists prior employment as faculty at California Miramar University, teacher and coach at Val Verde Unified School District, manager of a landscape design company, and more.

His Facebook page indicates he became engaged in early March and planned to be married in April. Kobulnicky, who is divorced, was accused of domestic violence in 2008, San Diego Superior Court records indicate.

According to police, Kobulnicky offered a ride to a woman walking on Linda Vista Road around 7 p.m. on February 25. But instead of taking her home, he drove to Fiesta Island. There, the 205-pound, 6 ft. 3-inch tall suspect is accused of pulling the victim out of the vehicle and sexually assaulted the 56-year-old woman, then leaving her on the island.

He is charged with rape, kidnapping, and forcible sex with a foreign object.  Evidence includes surveillance video shot at a local convenience store shortly before the kidnapping occurred.  Kobulnicky is being held without bail pending arraignment on Monday.