“The last colonial massacre, referred to in the title of the book, took place in Panzós, Guatemala on May 29, 1978, when the military murdered 35 Q’eqchi (Mayan) peasant men, women and children when they arrived in the town to demand help from the government in resolving a fight over land. The outrage following the massacre pushed more rural indigenous people to join the communist Guerrilla Army of the Poor (EGP). This initiated the Guatemalan military’s assault on the indigenous which eventually left 200,000 people dead.“

George W. Bush, according to polls, the most unpopular US president ever among Latin Americans, made alternatives to business as usual more popular than ever. While Washington during the Bush Administration played unpopular roles in the region, including involvement in coups in Venezuela in 2002 and Haiti in 2003, and the expansion of harmful military relations throughout Latin America as part of the “War on Terror,” the policies of the Barack Obama administration have proven to be not much different.

Among other significant moves, the Obama administration supported the June 28, 2009 coup against democratically elected President Manuel Zelaya in Honduras, signed a deal to establish seven new military bases in Colombia, and pushed for free trade deals across the region. In reaction to the administrations of both Bush and Obama, regional leaders have come together to form various trade and political blocs to strengthen regional integration, their autonomy from the US, and break from a past in which the region was treated simply as Washington’s backyard.

In spite of these hopeful advances for the Latin American left, the shadow of the Cold War still hangs over the region. Many new presidents have been successful in bringing 20th century human rights violators to justice, and the rhetoric, policies and platforms of today’s leftists often draw from the legacies of socialist heroes from the Cold War, such as Salvador Allende in Chile and the Sandinistas in Nicaragua.

A lot of ink has been spilled on histories of Latin America in the Cold War, much of it focusing on the relationships between governments, politicians and militaries. However, New York University history professor and author Greg Grandin’s book The Last Colonial Massacre: Latin America in the Cold War provides a hidden history surrounding the Cold War as told by largely unknown Guatemalan indigenous activists. The book is based on the belief that the Cold War was more than just a battle of ideologies, nations and political leaders, but a dramatic struggle waged by everyday people whose illuminating stories remain buried. 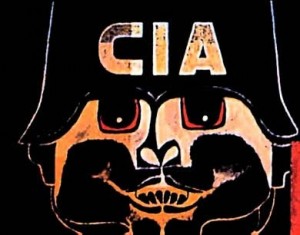 In the early 1950s, Guatemalan President Jacobo Arbenz legalized the country’s communist party, gave more rights to labor unions, and took unused land from the United Fruit Company and redistributed it to poor farmers. Before he came to power, 2.2 percent of the landowners in the country owned 70 percent of Guatemalan land. In 1954, the Central Intelligence Agency (CIA), which had been created just a few years earlier, conducted its first covert operation in Latin America. Agents took control of the Guatemalan media, broke down the country’s economy, trained mercenaries, organized bombings, and spread destructive rumors and fear throughout the country. The psychological warfare was effective: the CIA frightened the population into submission and the military was too frightened to defend the president. Arbenz was overthrown and a military junta close to Washington’s interests was put in his place. This coup model was later applied in other Latin American countries. Che Guevara—who, alongside Fidel Castro, led the 1959 Cuban Revolution—was in Guatemala at the time as part of his tour of South America, and witnessed covert US tactics firsthand from the refuge of the Argentine embassy.

The Last Colonial Massacre focuses largely on this period, drawing from oral histories obtained by Grandin himself. The book tells the stories of grassroots leaders including Jose Angel Ico, Alfredo Cucul, Mario Sandoval Alarcon, Efrain Reyes Maaz, and Adelina Caal (Mama Maquin). Its narrative is driven by the words and actions of these figures, and therefore contributes to an understanding of how the Cold War impacted personal and social lives on the ground in the country. Through their stories we hear how these activists “cultivated their sense of self-understanding in struggle for a fairer world and how the frustration and ultimate destruction of their ideals affected not only those few who survived but a wider post-World War II history.” [1]

The book benefits from Grandin’s work in a 1990s United Nations Truth Commission. In one interview with the University of Chicago Press, Grandin mentioned that following the investigations with the Truth Commission

“We quickly realized on the commission that a strictly legal framework would not be sufficient to explain the causes of extreme violence of the kind that occurred in Guatemala. So we turned to historical analysis to make sense of the war and to understand the social origins of the racism that fueled the genocide.” [2]

The last colonial massacre referred to in the title of the book, took place in Panzós, Guatemala on May 29, 1978, when the military murdered 35 Q’eqchi (Mayan) peasant men, women and children when they arrived in the town to demand help from the government in resolving a fight over land. The outrage following the massacre pushed more rural indigenous people to join the communist Guerrilla Army of the Poor (EGP). This initiated the Guatemalan military’s assault on the indigenous which eventually left 200,000 people dead.

Aside from providing a broader understanding of the root causes of the human rights violations of this period, the book also tells an often-disregarded social history of the development of democracy in the region. Grandin establishes in the preface to this book why it is important to focus on the histories of the working and peasant class:

In Latin America, in country after country, the mass peasant and working class movements that gained ground in the middle of the twentieth century were absolutely indispensable to the advancement of democracy. To the degree that Latin America today may be considered democratic, it was the left, including he Marxist left, that made it so. Empire, rather than fortifying democracy, weakened it. [3]

One such people’s story is that of indigenous activist José Angel Icó who worked alongside campesinos (farmers) in coffee plantations for access to land and better workers’ rights. Icó, who was born in 1875, died a day after Arbenz was elected president. Icó himself campaigned from his deathbed for the leftist candidate, calling upon people to visit him so he could convince them for vote for Arbenz. Grandin writes that the fact that Icó “perhaps held death long enough at bay to witness Arbenz’s victory testifies to the inseparable union of Icó’s life and his politics.” His niece told Grandin, Icó “was married to politics.”[4] Such stories make for both the substance and backdrop of a dramatic story of how the Cold War affected everyday people’s lives.

The Q’eqchi activist Efraín Reyes Maaz, another focus of the book, developed friendships with Cuban workers when he worked as a dockworker for the United Fruit Company. He was exiled to Mexico following the overthrow of Arbenz, but developed a vast understanding of Marxism thanks to his Cuban comrades. His political analysis aided his organizing upon returning to Guatemala, when he worked with indigenous campesinos, fighting for access to land and better rights. Maaz had a gift for explaining Marxism in Q’eqchi, as illustrated in one story on teaching Marx’s concept of labor surplus value. He told Grandin that “when a worker named Miguel voiced concern that he would be accused of being lazy for refusing to work without pay, Reyes told him to tell the administrator, ‘If we are not worth anything to you, then plant the money you should pay us under the coffee bush and see what happens, see if it brings you a profit.’”[5]

Grandin also tells the story of Adelina Caal (Mama Maquin), a Mayan women murdered for her organizing work. This history is presented alongside the parallel narrative of other women who were empowered in the 1970s by communist parties and movements in the region that preached gender equality. In many cases, women also filled the void of husbands and men in the community that were murdered for their political work. The fact that soldiers, police and coffee plantation owners suspected women less than men for subversive political activism also empowered women. For this reason, they were often effective as messengers, and conducted much of their organizing and message-exchanging during market days. [6]

In the same University of Chicago Press interview on The Last Colonial Massacre, Grandin spoke about the destructive neoliberal economic policies that followed the Cold War in Latin America. Repression aided in the transition between dictatorships and free market economies. This violence was part of a redefinition of democracy in the region. “Massive amounts of political violence were needed to break the link between individual dignity and social solidarity,” Grandin said. “This divorce between self and solidarity—two qualities which form, after all, the core of political liberalism and social democracy—was key to the imposition of the free market ideologies and policies…” With this book, Grandin illustrates the drama, hope and tragedy of this period in Guatemala. His book portrays the vast transformation that enveloped people’s lives, and even today is not fully understood. He writes,

Violence had the effect of dissolving the affiliation between individual activists and their wider social network…. Repression severed alliances between reforming elites and popular classes, disaggregated powerful collective movements into individual survival strategies, extracted leaders from their communities, and redefined the relationship between human beings and society.[7]

The Last Colonial Massacre puts a very human face on this violence, and remains a haunting and timely reminder of the impact of the Cold War. This captivating book sheds light on a period of history which remains crucial to understanding today’s Latin America.

Benjamin Dangl is the author of the new book, Dancing with Dynamite: Social Movements and States in Latin America (AK Press, 2010), and The Price of Fire: Resource Wars and Social Movements in Bolivia (AK Press, 2007). He is the editor of TowardFreedom.com, a progressive perspective on world events, and UpsideDownWorld.org, a website on activism and politics in Latin America. Email: Bendangl(at)gmail(dot)com