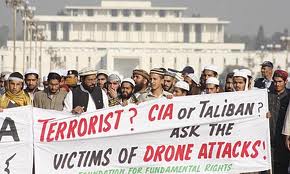 U.S. drone strikes are creating cadres of anti-American fighters, furious over the killing and wounding of thousands of civilians. Far from keeping drone attacks “on a very tight leash,” as President Obama has claimed, they have generated widespread terror across Muslim populations in the attack regions, disrupting civilian lives and literally driving people mad.

According to an article in the UK Guardian, Zamir Akram, Pakistani ambassador to the UN,  charged that more than 1,000 Pakistani civilians have been killed by U.S. drone strikes. The use of drones, he said, “leads to greater levels of terror rather than reducing them.” Other estimates put the Pakistan death toll from drone attacks much higher—between 2,000 and 3,500 killed.

Author Gregory Johnsen told McClatchy News Service that the drones attacks in Yemen are “exacerbating and expanding” resistance. “We have seen AQAP (al-Qaida on the Arabian Peninsula) expanding from 200-300 fighters in 2009, when the U.S. bombing campaign began, to more than 1,000 fighters today.” Johnsen is author of The Last Refuge, a new book on Yemen and al-Qaeda.

And retired Marine General James Cartwright told The Nation magazine the drones cause anger, bitterness and resentment among Muslim populations, and predicted their use will cause “blowback” attacks against America.

Yet both President Obama and his new CIA Director John Brennan have claimed the drone attacks are not indiscriminate assassination efforts but carefully selected strikes. Obama claimed the program is “kept on a very tight leash” and Brennan said it has “rigorous standards and process of review.”

The Administration has also claimed the human targets are only against “specific senior operational leaders of al-Qaeda and associated forces,” who are plotting “imminent” violent attacks against USA, McClatchey News Service reported.

However, McClatchey’s Jonathan Landay writes, sifting through U.S. intelligence reports shows “that drone-strikes in Pakistan during a four-year period didn’t adhere to those standards.”

The Stanford International Human Rights and Conflict Resolution Clinic (Stanford Clinic), which has made an intensive study of the drone controversy, finds that drones have not only been launched against specific suspected terrorists—-they have also been fired at first responders.

The crisis has become so dire in Pakistan that those wounded by the drone attacks often lie unaided because first responders are fearful they will become targets of a follow-up strike. It seems incredible that CIA officials launching the drone strikes would go after first responders—-medics, fire fighters, etc.—-but there are numerous reports of this.

Christof Heyns, the UN special rapporteur on the issue told a Geneva conference that the CIA strikes in Pakistan, Yemen, and elsewhere “would encourage other states to flout long-established human rights standards,” The Guardian said. Heynes described the CIA strikes as attacks on “international law itself.”

According to the Stanford clinic, “the constant presence of U.S. drones overhead leads to substantial levels of fear and stress in the civilian communities. One man said the sound of the drones causes people to scream in terror. Another person interviewed for the Stanford report said, “God knows whether they’ll strike us again or not. But they’re always surveying us, they’re always over us, and you never know when they’re going to strike and attack.”

Still another interviewee who lost both legs in a drone attack told Stanford, “Everyone is scared all the time. When we’re sitting together to have a meeting, we’re scared there might be a strike. When you can hear the drone circling in the sky, you think it might strike you. We’re always scared. We always have this fear in our head.”

Akhunzada Chitan, a parliamentarian who travels to his family home in Waziristan, said people there “often complain that they wake up in the middle of the night screaming because they are hallucinating about drones.”  Other residents have been driven mad and must be kept under lock and key. Some children have dropped out of school because they cannot focus.  Merchants fear to open their doors and shoppers fear to go to market, while parents commonly do not let children outside to play.

Distress in Pakistan is so widespread that the U.S. has become more hated there than India, polls indicate. “The U.S. has gone far beyond what the U.S. public—and perhaps even Congress—understands the government has been doing and claiming they have a legal right to do,” says Mary Ellen O’Connell, a Notre Dame Law School professor who contends that CIA drone operations in Pakistan violate international law,” Landay wrote in The Miami Herald April 10th. 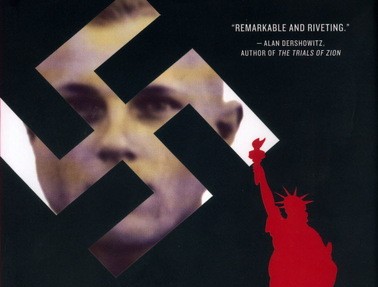