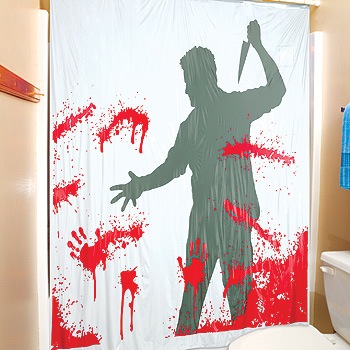 In a new twist in the Hutaree Militia story, the internet has yielded a surprising find.

Kris Sickles, a 27-year-old from Huron, Ohio, wrote, directed and acted in a feature length film entitled “Dement Incarnate.” The film, available on a MySpace account created to promote the film, runs nearly one and half hours. It is the story of a child-killing serial killer. Sickles was charged Monday with multiple violations of federal law, including sedition. Federal and state authorities allege Sickles and other members of the Hutaree Christian militia intended to “levy war” on the United States.

The film opens with Sickles — who portrays the killer — sitting on a bench. In a voice over, he muses:

“Just another day. Today I happen to be here at some park. Don’t really care where it is. That’s just it. I really don’t care. I come here every so often. and I see certain people and it just makes me think. I see a blonde here and a little baby. The only thing is I still have to decide which one. I know you are probably wondering: ‘what does he mean by which one?’ Thing is, I’m a serial killer. At least, that’s about the best I can do to describe it. But you know something? It doesn’t matter. It’s all the same. Don’t take your freedom for granted. Me? I take advantage of every opportunity. What can you do when you got so much freedom to work with? What would you do? How will this murder be different? Ah yes. The kid. I haven’t killed one of those yet.”

The film then fades into a scene where the child runs away, and Sickles grabs the child and the film implies he murders him by smashing him against a tree. This is when the credits roll. Between flash images of names, gruesome images of mutilated bodies are shown.

Now, I have done my fair share of theater and films — and with plenty of violence. So I am a bit loathe to ascribe the film as anything but a creative endeavor. But this is not Sickles’ first foray into film. A now removed video, called American Jihad, features Sickles in a war for Christ, wearing Hutaree uniforms.

In an interview with the Sandusky Register, Sickles wife, Kelly, says her husband was a survivalist — not a seditious warrior planning war on America, as federal authorities have charged.

In that story, a friend of Sickles said the films are spoofs. But the story also reveals Sickles was charged in 2004 with disseminating pornographic materials to juveniles. And his own mother turned him into Huron Ohio police authorities because she questioned his mental stability. In fact, she took his guns away.