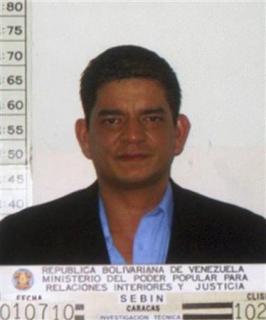 Francisco Chávez Abarca didn't make it far when he tried to get into Venezuela on July 1. Authorities detained the Salvadoran at the airport on charges that he allegedly planned bombings in Cuba.

After Abarca's arrest, Venezuelan President Hugo Chavez claimed Abarca had come to Venezuela with a plan. "My heart tells me this gentleman came here to kill me. I have no doubt," Chavez said.

Now Cuban authorities claim Abarca may have operated under authority of the CIA and Cuban exiles in South Florida. The accusation came in this article published in Cuba's largest newspaper, Granma, which serves as a mouthpiece for the Communist government.

The article claims Abarca, who has been extradited to Cuba, mentioned the "possible connections" with the "CIA and the Mafia in Florida." The article doesn't explain how the Florida exiles supposedly helped Abarca.

Cuban TV showed a video of Abarca on Monday that included his alleged confession, although it wasn't clear whether he was making the statement under duress. In the video, Abarca claims he carried out a hotel bombing in Cuba that killed two Italian tourists under orders from the CIA.

Abarca is said to have close ties with former CIA agent Luis Posada Carriles, who is also accused of terrorism in Cuba, including a 1976 bombing of a Cuban plane that killed 73 people. Carriles is awaiting trial in El Paso on charges of perjury.