“Substantial evidence is emerging which suggests that peoples [sic] and dinosaurs actually lived at the same time.” – Allen Quist 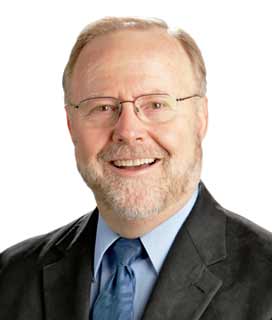 Republican congressional candidate Allen Quist’s ideas about education are anything but conventional: a school curriculum he wrote concludes that humans and dinosaurs likely co-existed, uses the Vikings to disprove global warming, and says God is the source of all law. But on Phyllis Schlafly’s radio program this weekend, Quist’s criticisms were reserved for liberals, who, he says, want to rewrite the Constitution “start to finish” and establish a “worldwide education system” that teaches, among other topics, “global warming nonsense.”

Schlafly and Quist, who’s seeking the Republican nomination to face off with U.S. Rep. Tim Walz in the First Congressional District, railed against education standards that include “internationalism” and favorable views of the United Nations. During the hourlong program, the pair blamed liberals for imposing education standards they see as an attempt to undermine the Constitution in the minds of students.

“You are absolutely correct they want to rewrite it from start to finish,” Quist responded. “That’s right.”

(It’s not the first time Quist has targeted liberals. In January, he said that terrorism “is not the big battle. The big battle is in D.C. with the radicals” like President Barack Obama and Tim Walz.)

“We are looking at the globalist agenda in terms of how it is going to run a worldwide education system,” he said. “If the student believes in all the global warming nonsense and the pantheist view of the environment and so on… If the student has swallowed all that left-wing propaganda, they are going to be at an advantage” in standardized testing.

Quist and his organization, Edwatch, say they have the answer to the left-wing agenda: a curriculum of its own. Quist’s curriculum consists of modules called C-Mods, which are “designed to supplement and/or correct current textbooks.” (Quist’s curriculum experience was sought out last year by Texas State Board of Education chair Don McElroy, who wanted him to be on the state’s panel of experts; the rest of the board rejected Quist’s inclusion.)

In Unit Two of Quist’s curriculum, “Exciting New Discoveries in Ancient History, Archeology, and Geography,” he asks, “Did dinosaurs and people live at the same time, and why do so many recently discovered ancient art works accurately picture dinosaurs?” The answer, according to Quist is: “Substantial evidence is emerging which suggests that peoples [sic] and dinosaurs actually lived at the same time.”

A discussion question for students: “How should we interpret the numerous references in ancient literature to dinosaurs (called “dragons” before 1850 AD), and what are the creatures described in Job chapters 40-41?”

In a section on “Vikings in Greenland,” Quist makes the case that accepted science on global warming is false, using the Viking expeditions as evidence.

The curriculum says that “individual rights to life and liberty were a part of the natural law created by God” and that “Our forefathers recognized that the fundamental human rights, such as life, liberty and property, are not granted by government; they have been granted by God. The role of government, then, is to protect these God-given rights.”