Michael Tabor, a member of the Black Panther party acquitted of plotting to blow up New York buildings, died in Africa. 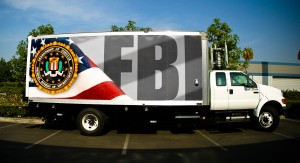 MANHATTAN —A Black Panther party member acquitted of 156 counts of plotting to bomb New York public buildings and murder police officers has died, according to the New York Times.

Michael Tabor and 12 other members of the African-American revolutionary group who went on trial in 1970 on charges they planned to kill police officers and blow up department stores, police stations, train stations and the Bronx Botanical Garden. Four months into the trial, Tabor fled to Algeria. He and the others were acquitted on all charges on May 13, 1971, according to the Times.

Tabor, 63, reportedly died from complications after several strokes on October 17. He had been living in Zambia, a friend told the Times.

As a captain in the New York City branch of the Black Panthers, Tabor had been accused of abandoning his brothers by the party's supreme commander Huey P. Lewis, the Times said. He reportedly said at the time that he fled to Africa because he feared for his life.

Tabor never returned to the United States, instead remaining in Zambia where he worked as a radio host and writer, the Times reported.