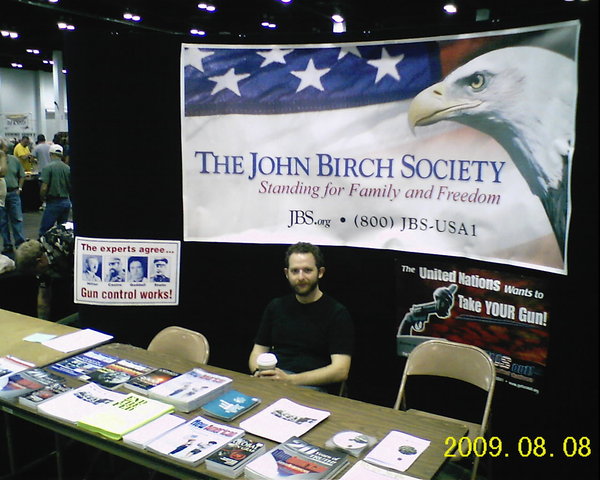 Over 68,000 people have mobilized in Madison and progressive organizers are planning solidarity efforts across the country to denounce Gov. Scott Walker’s (R-WI) radical attempt to bust Wisconsin’s public sector unions. So far, Walker has refused to compromise, even though Wisconsin labor leaders are already coming to the table with large concessions. How can Walker press on, even with public opinion beginning to turn against him? Much of Walker’s critical political support can be credited to a network of right-wing fronts and astroturf groups in Wisconsin supported largely by a single foundation in Milwaukee: the Lynde and Harry Bradley Foundation, a $460 million conservative honey pot dedicated to crushing the labor movement.

Walker has deeply entwined his administration with the Bradley Foundation. The Bradley Foundation’s CEO, former state GOP chairman Michele Grebe, chaired Walker’s campaign and headed his transition. But more importantly, the organizations lining up to support Walker are financed by Bradley cash:

– The MacIver Institute is a conservative nonprofit that has provided rapid-response attacks on those opposed to Walker’s power grab. MacIver staffers produced a series of videos attacking anti-Walker protesters, including one mocking children. Naturally, the videos have become grist for Fox News and conservative bloggers. In addition, MacIver created studies claiming that Wisconsin teachers and nurses are paid too “generously” and other reports claiming that collective bargaining rights hurt taxpayers. The Bradley Foundation has supported MacIver with over $300,000 in grants over the last three years alone.

– The Wisconsin Policy Research Institute is a major conservative think tank helping Walker win support from the media. The Institute has funded polls to bolster Walker’s position, and like MacIver, produced a flurry of attack videos against Walker’s political adversaries and a series of pieces supporting his drive against the state’s labor movement. Over the weekend, the Institute secured a pro-Walker item in the New York Times. The Wisconsin Policy Research Institute is supported with over $10 million in grants from the Bradley Foundation.

It should be no surprise that Walker’s radicalism is boosted by Bradley money. Today, the Bradley Foundation is controlled by a group of establishment Republicans, along with Washington Post columnist George Will. However, the Foundation’s agenda still reflects the extremist views of its founder, Harry Bradley. Although he passed away in 1965, Harry, a member of one Wisconsin’s most powerful families and a key financier of nationalist hate groups, would have eagerly applauded Walker’s union-busting agenda.

Harry, along with his older brother Lynde, started the Allen-Bradley company, a major manufacturer of electronics and engine parts. After a bitter strike in 1939, Harry became increasingly political. Although his company boomed because of World War 2-era contracts from the government, Harry abhorred any intrusions into his business: especially labor organizers (who he termed “communists” in his memoirs), as well as pressure to hire women and minorities in his plants, a move he resisted until his death. Responding to the civil rights movement and liberalism in society, Harry became obsessed with right-wing politics. According to scholar William Schambra, Harry even studied Lenin and Stalin for ideas on how to wage guerrilla warfare against the left. He joined candy manufacturer Robert Welch to be one of the founding members of the John Birch Society (along with Fred Koch, the father of Koch Industries executives Charles and David Koch), and financed other right-wing firebrands. Media Transparency’s profile of the Bradley Foundation sheds light on its founder:

Robert Welch, who founded the Society in 1958, was a regular speaker at Allen-Bradley sales meetings. Harry distributed Birchite literature, as did Fred Loock, another key figure at the company. They also supported the Australian doctor Fred Schwarz, founder of the Christian Anti-Communist Crusade; William F. Buckley, Jr.’s National Review; and a right-wing Midwest radio program produced by anti-communist producer Bob Siegrist. Harry’s main political targets were “World Communism” and the U.S. federal government, not necessarily in that order. His political philosophy was laissez-faire capitalism, and he was strongly opposed to anything that might restrict his freedom to conduct his business as he saw fit. His promotion of “freedom”, however, did not extend to his own workers. While women had worked at the plant since 1918, and made up nearly a third of the workforce during World War II, they weren’t paid the same as men. They finally sued in 1966, charging the company paid less to women than male workers operating the same machines. A federal judge ruled in their favor. Allen-Bradley was one of the last major Milwaukee employers to racially integrate, and then only through public and legal pressure. By 1968, when the company’s workforce had grown to more than 7,000, Allen-Bradley employed only 32 Blacks and 14 Latinos.

After the Allen-Bradley company was purchased by Rockwell International in 1985, the Bradley Foundation surged with an additional $290 million in funds. The money has gone on to finance ideas held strongly by Harry Bradley: anti-affirmative action scholars, anti-multiculturalism books (the Bradley Foundation underwrote the notoriously racist book The Bell Curve), anti-welfare campaigns, privatization efforts, neoconservative fronts, and tens of millions for groups opposed to public and private sector unions, particular in the field of education. As conservative writer Al Regnery has observed, conservatives have relied on the Bradley Foundation to finance the backbone of radical policy ideas that first take root in Wisconsin but are then championed by Republicans around the country. Gov. Scott Walker’s current fight to crush labor rights in Wisconsin is the fulfillment of Harry Bradley’s John Birch Society dream.