Hacktivist group Anonymous has released personal details of the members of the controversial Westboro Baptist Church.

Reports said the Kansas-based church, known for its picketing of military funerals in the US, made comments regarding the Connecticut school shooting last Friday, and that it plans to ‘picket Sandy Hook Elementary School to sing praise to God for the glory of his work in executing his judgment’.

Anonymous responded by releasing the personal details of the church’s Phelps and Hockenbarger families and launched an online petition to “legally recognise Westboro Baptist Church as a hate group”. At the time of writing, this has gained more than 90,000 signatures.

It also hit the church’s ‘God Hates Fags’ website, although at the time of writing, this is still accessible. The Twitter account of Westboro spokesperson Shirley Phelps appears to have been taken over by hacktivist group UG Nazi.

“Since your one-dimensional thought protocol will conform not to any modern logic, we will not debate, argue, or attempt to reason with you.

“Instead, we have unanimously deemed your organisation to be harmful to the population of the United States of America, and have therefore decided to execute an agenda of action which will progressively dismantle your institution of deceitful pretext and extreme bias, and cease when your zealotry runs dry.

“We recognise you as serious opponents, and do not expect our campaign to terminate in a short period of time. Attrition is our weapon, and we will waste no time, money, effort and enjoyment, in tearing your resolve into pieces, as with exposing the incongruity of your distorted faith.”

The church had not responded to the incidents. The church and Anonymous have clashed before after Westboro’s website was taken offline in February 2011, which led to Westboro calling Anonymous ‘foppish hackers’ and ‘pimple-faced nerds’. However it later emerged that pro-US hacker The Jester was responsible for the attack that went on for several weeks.

The Jester and Anonymous have clashed on multiple occasions, but in this instance the Jester said: “The apparent cooperation between myself and Anonymous on WBC is an eclipse, we’re still Sun and Moon, with our own agendas.” 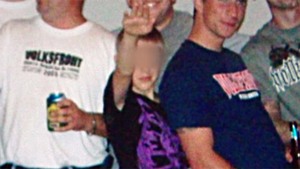