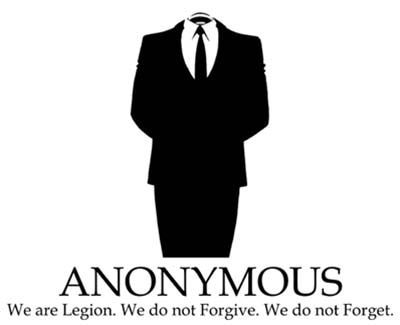 The cyberplatoon of hackers known as Anonymous has a new target.

Not 24 hours after the U.S. Army announced it had filed 22 counts against reputed WikiLeaks source Army Pvt. Bradley Manning, including one capital count of aiding the enemy, Anonymous issued a new threat Thursday.

"The decision to charge Bradley Manning with a capital offense in addition to other charges is a provocation, and Anonymous is set to respond accordingly," spokesman Barrett Brown wrote on DailyKos. He said the group will keep going after corporate execs involved in plots against Wikileaks.

And, he told The Daily News: "We are looking at information on various military officials."

Army prosecutors said they would not seek the death penalty, but military regulations would allow the tribunal of judges to put Manning on Death Row if he's found guilty.

Anonymous briefly shut down the website of Americans for Prosperity, the conservative organization backed by billionaires David and Charles Koch.

The hackers have said they are looking for weaknesses in the corporate networks of Georgia Pacific and other companies controlled by the Kochs, USA Today reported.

Anonymous has also targeted Palantir company, which they claim planned to help HB Gary Federal with dirty tricks, saying on DailyKos, "Palantir must be destroyed."

Palantir has denied involvement, but fired a 26-year-old engineer in the wake of the scandal.

Manning is the suspected source of some of 251,000 diplomatic cables to Wikileaks, which began releasing the documents in November.

Wikileaks founder Julian Assange is out of prison on bail in England, where he is fighting against extradition to Sweden to face sexual molestation charges.

Assange has confirmed that Wikileaks has internal data from the Bank of America but that it could be "a snore," Reuters reported.

The cables, roughly half of which are classified, are believed to have sparked the Tunisian revolution, which dominoed other North African revolts.

A recent CBS poll found that 6 out of 10 Americans feel Wikileaks will damage national security in a time when the country is under terrorist threat.

It is too soon to know how Americans feel about Anonymous, but last week TV satirist Stephen Colbert appeared to give his tacit sign of approval by having a V for Vendetta mask - a logo of sorts for the group - projected on his face.