By Humberto Sanchez
CongressDaily | May 7, 2010 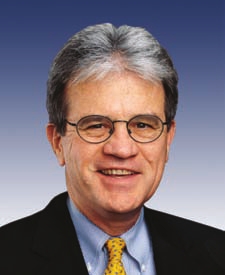 "In the last two weeks, we have seen devastating storms wreak havoc in parts of this country and an oil spill in the Gulf of Mexico that we are still working to help contain -- yet Republicans decided to block critical funding for FEMA, our top emergency response agency," Reid said in a release.

The measure provides the $5.1 billion that President Obama has requested for the Federal Emergency Management Agency disaster relief fund. FEMA notified Congress that the agency is short of cash and can only provide immediate disaster aid. As a result, long-term recovery efforts have been deferred, leaving more than $300 million in backlogged projects in 43 states and four territories.

The House passed its version in March, but GOP objections have stymied the efforts in the Senate.

"If we don't start paying for things, we'll face a disaster far worse than Greece," said a Coburn spokesman in a statement.

Coburn's objection comes after he and other Republicans held up an extension of unemployment insurance and other programs in April for the same reason.

The emergency package also includes $600 million for the Labor Department to fund youth summer employment initiatives and $60 million to extend a stimulus moratorium on Small Business Administration-backed loan fees through the end of April.

Both of those programs would be offset by a rescission of unobligated funds, including $362 million in reserved funds in the 2009 stimulus bill for the women, infants and children nutrition program; $112 million from a Commerce Department program designed to provide coupons to households to help buy analog-to-digital converter boxes; $103 million from USDA rural development programs; and $44 million from the Transportation Department's Consumer Assistance to Recycle and Save Program.