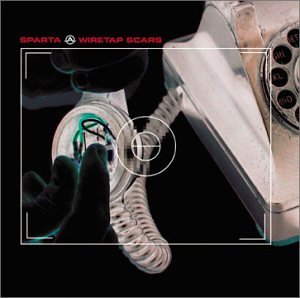 Remember the disingenuous snit fits that Rightwing con-man Andrew Breitbart and his Tea Bag Boyz were on about when the original reports broke of “a plot to wiretap Democratic Sen. Mary Landrieu’s office in the Hale Boggs Federal Building in downtown New Orleans” by Republican dirty trickster James O’Keefe and his band of co-conspirators?

They were outraged — outraged — that the “liberal media” had included the word “wiretap” in their reports about the felony arrests of the operatives, since the FBI’s arrest affidavit didn’t specifically mention an attempt to wiretap or bug the phones in her office. In a desperate attempt to distract from the actual story and find some way to support their friends’ charged with serious federal felonies, the Tea Bag Boyz demanded that a number of media outlets issue immediate retractions for the claim, and, of course, the “liberal media” outlets complied — as instructed — as usual.

The fact was, of course, that, at the time, we had no idea what O’Keefe and friends were actually trying to do in that office, and O’Keefe — who already had a well-established, if entirely unreported, record of lying to the media and the public about his phony, highly-doctored and illegally-recorded ACORN videos — then went on to offer a preposterous public statement to explain his New Orleans scheme.

But now that O’Keefe’s superstar GOP attorney was successful in pleading his client’s felony charges down to a misdemeanor — to which he and his conspirators pled guilty yesterday before a federal magistrate — lo and behold, the FBI has released its own account of the arrest and plea deal.

And whaddaya know? According to the FBI, O’Keefe did plan to secretly wiretap the proceedings by secretly recording the conversations of employees in a U.S. Senator’s office…

As today’s FBI announcement (hat-tip John Tomasic of the Colorado Independent  — see his report for the full statement) reveals, O’Keefe and his co-conspirators had planned to secretly tape, with secret recorders, and they even lied to Landrieu’s office workers while in the midst of doing it [emphasis added]:

According to court documents, the four men met in New Orleans on Jan. 20, 2010, to discuss various topics, including possible scenarios to engage the staff of Senator Mary Landrieu in her office inside the Hale Boggs Federal Building in New Orleans and to record the interactions. On Saturday, Jan. 23, 2010, O’Keefe called Flanagan and invited him to participate in the plan, which Flanagan accepted. The next day, Basel, Dai, Flanagan and O’Keefe met, discussed the disguises they would wear, and practiced how they would interact with Senator Landrieu’s staff and record the interactions.

Also according to court documents, at approximately 10:00 a.m. on Monday, Jan. 25, 2010, Basel, Flanagan and O’Keefe met in an office near the Hale Boggs Federal Building to finalize their plan, check the recording devices and mount a camera in one of the disguises. During this meeting, O’Keefe explained how the recording devices worked and instructed Basel and Flanagan how to position themselves once inside the Senator’s office.

At approximately 11:00 a.m., Basel, Flanagan and O’Keefe entered the federal building and passed through the security screening. Their purpose was to orchestrate a conversation about phone calls to the Senator’s staff and capture the resulting conversation on video. Dai remained outside to provide support. Basel and Flanagan were each dressed like telephone repairmen, wearing blue denim pants, a blue work shirt, a fluorescent green vest, a tool belt and a white hard hat. One of the hats contained a video recording device installed on the brim.

O’Keefe entered Senator Landrieu’s office first and positioned a digital video recorder made to look like a cellular telephone in his hand to record the interaction. He told the staff that he was waiting for a friend. He recorded the subsequent interaction.

Basel and Flanagan entered the office soon thereafter and told the Senator’s staff that they were telephone repairmen who were following up on reports of problems with the telephone system. A staff member said that there were no problems with the phone system, and Basel then asked the staff member for permission to test the phone. Basel then walked behind a staff member’s desk, lifted the handset from the cradle, questioned whether there was a dial tone and handled the receiver. Basel and Flanagan each pretended to call the office phone with their own cellular phones, and they said the calls would not go through. O’Keefe also interjected and said he had previously placed a call to the office that would not go through.

So not only were they secretly recording the federal officials — secret recordings of that nature are illegal under the wiretap laws in some twelve states — they out-and-out lied to them in order to secretly record their reactions to those misleading lies. …