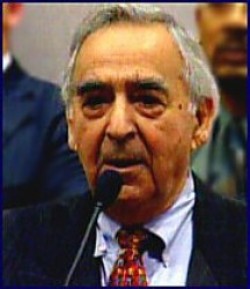 “After careful consideration, and out of respect for this institution and for my caucus, I have decided to step down from my leadership position,” said DeLuca, (R) Woodbury.

DeLuca said that by stepping down today he is making sure that his “personal issue does not overshadow all of the good work we’ve done and will do as a caucus.”

DeLuca, a 9-term lawmaker and the highest ranking GOP member, was arrested on a conspiracy to threaten charge. He was accused of arranging a threat for a man he believed was abusing his granddaughter.

The arrest started with an investigation into racketeering activities and mob ties in the trash-hauling industry. A wire tap revealed that DeLuca had met with a convicted felon with known Mafia ties to intervene in his granddaughter’s situation.

DeLuca said he approached the man after Waterbury Police Chief Neil O’Leary said he could do nothing about the alleged domestic abuse without a formal complaint by DeLuca’s granddaughter.

Previous Article
Wrestling Babylon: The Benoit Murders, the Strange Death of Sherri Martel Days Before, the “Prince of Darkness” & the Ring of Death
Next Article
Behind the BAE Bribery Investigation – Robert Fisk: ‘Abu Henry’ and the mysterious silence