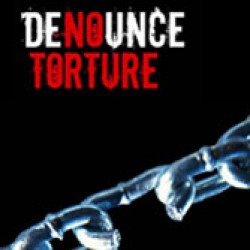 Republican senators Friday blocked US Senate agreement to provisions in a House of Representatives intelligence funding bill passed Thursday limiting CIA interrogation methods by invoking a Senate rule against the late insertion of new language in legislation. House and Senate negotiators had added language to HR 2082 that would bar the CIA from using techniques not authorized in a 2006 Army Field Manual, Field Manual 2-22.3 [PDF text], which explicitly prohibits the use of waterboarding, electrocution, sensory deprivation, inducing hypothermia, or depriving the subject of food, water, or medical care. Adding language in the process of legislative negotiation between houses of Congress is hardly unprecedented, but it can be challenged on the principle that lawmakers did not have a chance to consider it in original versions of the legislation they approved. Under Senate rules the added language is dropped.

The proposed restriction on CIA interrogations was already facing a likely veto challenge from President Bush, who in July 2007 signed a controversial executive order that prohibits cruel and inhuman treatment during the interrogation of terror suspects detained by the CIA, but allows “enhanced interrogation techniques” and may exempt the CIA from Common Article 3 of the Geneva Conventions. The order does not specify what specific interrogation techniques are now disallowed, but the order prohibits “acts intended to denigrate the religion, religious practices, or religious objects of the individual,” and “torture” as defined in 18 USC 2340.