Apocalyptic Times for the GOP Faithful 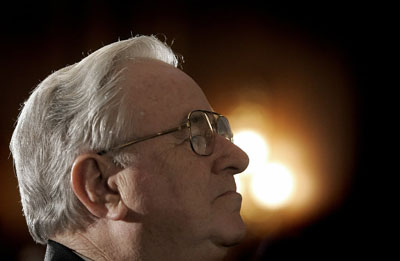 For more than three decades, the Rev. Jerry Falwell guided the white evangelical masses of the South into the Republican Party, culminating in the most outwardly pious presidency in modern American history. Having first gained notoriety as a hard-line segregationist in rural Virginia, he won power as the televised prophet of a partisan gospel. Scarcely had he gone to his ultimate reward, however, before his friends and allies threatened to dismantle that legacy — and the dominance of the party to which he had devoted his ministry.

The late preacher can hardly be blamed for the ruinous condition of the Bush administration and the Republican Party. But with the tandem rise of Rudolph Giuliani, a pro-choice Catholic, and Mitt Romney, a highly flexible Mormon, Falwell’s old flock is feeling deeply alienated. Within days after his death, the leaders of the movement he symbolized began to proclaim a message of dissension.

The most significant voice raised against the notion of a Giuliani nomination belongs to James Dobson, president of Focus on the Family, which is now widely reckoned to be the largest religious-right organization. On May 17, Dobson declared he could not support the candidacy of the former New York mayor under any circumstances.

“Speaking as a private citizen and not on behalf of any organization or party, I cannot, and will not, vote for Rudy Giuliani in 2008,” he wrote in an essay on WorldNetDaily, a right-wing website. “It is an irrevocable decision.” Even if forced to choose between Giuliani and Hillary Rodham Clinton or Barack Obama, he said, he would “either cast my ballot for an also-ran — or if worse comes to worst — not vote in a presidential election for the first time in my adult life.”

Richard Viguerie, the aging but still influential right-wing direct-mail impresario, shares Dobson’s disgust at the prospect of a Giuliani ticket but goes even further in his anathema. Having always preferred to identify himself as a “movement conservative” rather than a party-line Republican, Viguerie is on the verge of urging his right-wing comrades to abandon the Grand Old Party. “If the Republican Party nominates Rudy Giuliani as its candidate for either president or vice president, I will personally work to defeat the GOP ticket in 2008.” 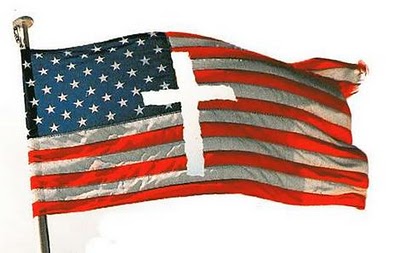 As a veteran of the George Wallace campaign on the American Independent Party line in 1968, Viguerie certainly knows how to make mischief for the major parties. Back then, the Wallace candidacy badly harmed the candidacy of Democrat Hubert Humphrey; 40 years later, a third-party crusade on the right would do far more damage to the Republican nominee. The same Republicans who encouraged (and financed) Green candidate Ralph Nader in 2000 and 2004 just might find themselves facing the business end of a spoiler campaign in November 2008. The most appropriate vehicle is the Constitution Party, a far-right, theocratic outfit that claims to be the biggest of the nation’s third parties.

Still, the Republican apocalypse is not here yet and may not arrive next year. Despite Giuliani’s momentary popularity, the party’s primary voters could find many reasons to reject him — including such colorful episodes as his humiliating flight from Gracie Mansion to the luxury apartment of gay friends who sheltered him from his wronged wife. His personal behavior and associations, notably with the corrupt former Police Commissioner Bernard Kerik, may be as unacceptable as his issue positions on guns, gays and abortion.

For Dobson, a ticket led by Mitt Romney might seem like salvation — but other evangelicals are repelled by the former Massachusetts governor’s membership in the Mormon Church, which they have been taught to regard as a satanic cult. Besides, Romney is a recent convert to the tenets of the religious right — and a zealot whose over-eagerness to please is anything but pleasing. His nomination too could provoke a split from the right.

Now this isn’t the first time that Dobson or Viguerie have issued angry warnings to the Republican establishment about dire consequences if the party departs from righteousness. Such jeremiads are always heard in the election-year cacophony, and are always dismissed as meaningless cant. Power reliably overcomes principle for these moral absolutists.

But next year might be different. For many of the religious right’s true believers, the nomination of Giuliani or Romney would represent the ultimate humiliation. Should either of these events come to pass, then the Dobsons and the Vigueries and their followers at last will have to validate their ideological posturing with independent action. They will have to put up or shut up.

The FBI, The Religious Right and the Murder of Athiest Organizer Madalyn Murray O’Hair
Jul 01