Otto Reich, the Venezuelan Coup and the Media “Concert of Lies” 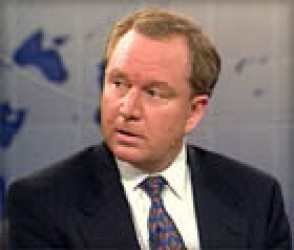 HIS fingerprints are all over the perimeter of the crime. The disgraceful disinformation campaign carried out by the private Venezuelan media; the siege of the Cuban embassy in Caracas; the false resignation of President Ch?vez and his alleged plea for asylum in Cuba: everything bears the stamp of Otto Reich.

The former top official in the Reagan regime, buddy of the most fanatical anti-Cuba terrorists … he has personally and clearly masterminded the subversive plans that have just failed in Caracas. 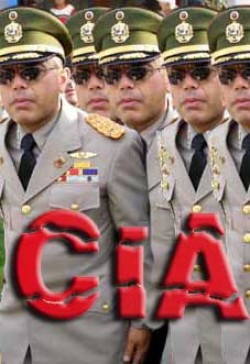 Recruited by the CIA while he was still in the university, Reich was a specialist in deception during the Reagan administration. Reagan?s vice president, George Bush was a former operative and then head of the Central Intelligence Agency (CIA).

From his Office of Public Diplomacy, Reich covered up all the dirtiest operations of the war in Nicaragua, circulating false information through the media.

When the narco-contra scandal – poorly named the Iran-Contra scandal – blew open with the discovery of drug trafficking operations managed by Cuban-American terrorists Felix Rodriguez and Luis Posada Carriles,
Reagan was forced to remove him from the White House.

U.S. EMBASSY, HEART OF THE CONSPIRACY

Otto was appointed as ambassador to Venezuela, a disparaging gesture remembered for years in Caracas. There he dedicated himself to securing the release of killer pediatrician and CIA agent Orlando Bosch – detained there after the horrific sabotage of a Cuban airliner – and to act the mafioso on behalf of U.S. interests, particularly within Venezuela’s Cuban business circles.

Reich, born in Cuba of an Austrian father and an immigrant to the United States at an early age, established his Venezuelan network in military circles – thus obtaining an order for Bosch’s release from a military tribunal – and within the Venezuelan secret services, in which the CIA and the U.S. embassy had their people well placed.

That same U.S. embassy in Caracas is currently occupied by Ambassador Charles Shapiro, former head of the State Department’s Cuba Desk, who received the central civilian conspirators of the April 11 coup on a regular basis, for several weeks prior to that action.

During the ?80s, Otto Reich launched disinformation from his Office of Public Diplomacy, like the ones about MiG fighter planes being purchased secretly by Nicaragua and allegedly ready to attack U.S. territory, and the story that the Miskito Indians were being persecuted by the Sandinistas. He also circulated rumors to discredit journalists who wrote about the Nicaraguan revolution in terms that were considered too positive.

Reich clearly threw himself into his passion for “slanted” journalism again, starting on January 11, when Bush handed him his new post, against the will of the Senate. 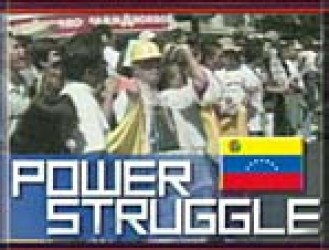 Since February, the U.S. press has been talking of an alleged malaise within the Venezuelan administration. The Washington Post wrote of a precarious and dangerous situation, quoting a senior State Department official.

On February 5, Secretary of State Colin Powell affirmed before the Senate Foreign Relations Committee that Chavez had broken with democracy.

On February 6, CIA Director George Tenet and Carl Ford, aide to the secretary of state for intelligence, spoke before the Senate Intelligence Committee of a climate of crisis in Venezuela.

On February 7, Colonel Pedro Soto, former aide to Carlos Andres Perez (president at the time of the 1992 coup led by Chavez), affirming that he represented “75% of the armed forces,” publicly attacked the Chavez government. (Invited by an international institute, a CIA client, Soto then visited Washington and Miami, where he was to be found on April 11, loudly celebrating the “return to democracy,” along with Cuban-American terrorist leaders).

Thus a rapidly and steadily more brazen deception campaign was mounted, rapidly joined by the Venezuelan private press, which ended up running a grossly hostile campaign against the government. El Universal daily and Radio Caracas Television, Globovision and Venevision TV networks were already actively preparing the media-military coup, channeling information and systematically harassing the constitutional government and the head of state.

During the coup, the same disinformation gang cut off the broadcast the president’s speech to the people and repeated lie after lie, unleashing violent incidents that would subsequently serve to justify the subversive operation. Meanwhile, the representatives of the new “order” were destroying state television program material.

Then the communications junta shamelessly spread the false information that Chavez had resigned, silenced all public pronouncements by members of the government, and the played up declarations in favor of the criminal coup. One of these was made by Ambassador Shapiro, who affirmed that April 11 was an extraordinary day in the history of Venezuela.

In the morning of Saturday, April 13, speaking before more than 30,000 people at rally in the municipality of Gaira de Melena, Habana province, in the presence of President Fidel Castro, Bruno Rodriguez, Cuban ambassador to the United Nations, clearly denounced the media disinformation campaign in Venezuela. “The truth is that a coup d’tat has taken place in
Venezuela and that a sellout and pro-U.S. junta is usurping, by means of force, the power invested in President Ch?vez by the Venezuelan people, with hopes of erasing decades of injustice and corruption by applying Bolivar’s ideals.”

Other lies followed the one alleging Chavez’s resignation, including the assertion that Chavez had sought asylum in Cuba, which was rapidly refuted by Havana.

Indeed, the media complicity with the coup organizers was so strong that when the latter attempted to take the imprisoned president out of the country to the United States, it was planned to transport him aboard a private plane registered in the United States in the name of Gustavo Cisneros, the owner of the Venevision TV network.

Meanwhile, CNN en Espanol linked up with Globovision to finally announce the taking of Miraflores Palace by the people and the presidential guard of honor… five hours after it happened.

Lies, deception, violence, terror: everything smacks of Otto Reich in this failed coup. Even that hysterical rabble of Cuban-Venezuelan immigrants that surrounded the Cuban embassy in Caracas for a number of hours, destroying cars and threatening to enter by force – before fleeing when the Bolivarian leader’s return was announced.

Otto Reich, the White House’s top representative in Latin America, servant of the Miami mafia and protector of terrorists, had a fleeting triumph last
weekend. But he also had to accept a bitter lesson: that the voice of the people is much stronger than a concert of lies.

The Lexington Comair Crash, Part One: The Hand on the Data Stream
Alex Constantine Jun 29