Former investigators of the 1996 TWA Flight 800 crash are urging the National Transportation Safety Board to reopen its review of the nearly 17-year-old case, as new evidence is being brought forward.

In a new documentary about the crash that is scheduled to air next month, several former investigators on the case suggest that missiles brought down the New York-to-Paris plane, killing 230 people when it exploded near Long Island just minutes after it took off, according to USA Today. This new evidence could resurrect conspiracy theories that began circulating within days of the crash.

However, the NTSB concluded after four years investigating the crash that the plane’s center fuel tank exploded “most likely” from a short circuit, ruling out the possibility of a missile, according to the board’s report.

“The in-flight breakup of TWA Flight 800 was not initiated by a bomb or a missile strike,” the board concluded in its report.

But the retired investigators claim that those findings were “falsified,” according to the Associated Press.

“Early on in the investigation there was indication that the evidence was being tampered with,” said Hank Hughes, a former senior accident investigator with NTSB, during a conference call with reporters.

Hughes and others cited possible missing parts of the plane, possible explosive material and other findings that could corroborate their theory that a missile came from the north, according to CBS News.

The documentary’s co-producer Tom Stalcup told CNN that the film offers “solid proof that there was an external detonation,” and that a number of people have come forward confirming these claims.

“Of course, everyone knows about the eyewitness statements, but we also have corroborating information from the radar data, and the radar data shows a(n) asymmetric explosion coming out of that plane — something that didn’t happen in the official theory,” Stalcup told CNN. “The family members need to know what happened to their loved ones.”

But John Seaman, head of the Flight 800 Family Association, told New York Daily News that he did not see the merit in revisiting the case.

“They reopen wounds,” he told New York Daily News. “Personally I can’t keep going over it again and again. I think most families feel that way.”

Kelly Nantel, a board spokeswoman, told USA Today that investigators will review a formal petition that documentary participants submitted Wednesday for any new evidence about the crash.

The NTSB issued a statement responding to the request.

“While the NTSB rarely re-investigates issues that have already been examined, our investigations are never closed and we can review any new information,” the federal agency said in the statement. 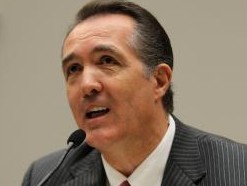