Former CIA Boss, Task Force Member Says Even Though Metadata Collection Hasn’t Been Useful, It Should Be Expanded 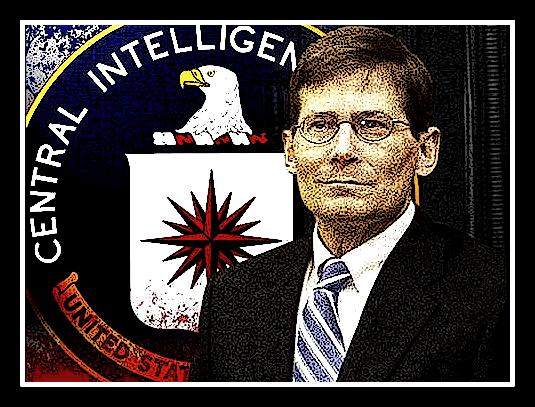 We’ve pointed out that one of the big surprises in the White House’s task force proposals on NSA reform, was that the task force was pretty clear that the NSA had absolutely nothing to support the claims that the Section 215 (of the PATRIOT Act) bulk metadata collection had been even remotely helpful. Multiple members of the task force have discussed how shocked they were to find the lack of any “there” there. As we noted, law professor Geoffrey Stone expressed his shock to NBC:

“It was, ‘Huh, hello? What are we doing here?’” said Geoffrey Stone, a University of Chicago law professor, in an interview with NBC News. “The results were very thin.”

While Stone said the mass collection of telephone call records was a “logical program” from the NSA’s perspective, one question the White House panel was seeking to answer was whether it had actually stopped “any [terror attacks] that might have been really big.”

“We found none,” said Stone.

Meanwhile, Richard Clarke, former anti-terrorist czar to multiple presidents, expressed similar surprise in an interview with On The Media. When asked about that program, he noted that the task force had been given security clearance to go through all of the data and all of the cases where Section 215 data was used, and:

“we came to the conclusion it was not necessary in any case where it was used.”

Throughout all of this, I’d been kind of curious to hear where task force panel member Michael Morell came down on all of this. He was the most suspect member of the task force, having been the acting director of the CIA until just a little while before the task force was put together. In other words, he was an ultimate intelligence community insider, and I kind of wondered if he had been a dissenting voice on some of this, overruled by the others.

Well, Morell is now speaking out, and while it’s not clear if he was overruled, he is trying very, very hard to spin the proposals and findings over Section 215 into something very different, almost directly in contrast with the statements from Stone and Clarke. Specifically, he is arguing that even though the bulk data collection has been useless he’s sure it could be useful in the future if allowed to continue. Actually, he goes beyond that, saying that what would be even more useful is if they added back bulk metadata collection around email, the program that had been stopped back in 2011, as even the NSA itself had admitted it had little to no value. But Morell supports them both, because he thinks that maybe it’ll be helpful in the future.

“I would argue actually that the email data is probably more valuable than the telephony data,” Morell told National Journal in a telephone interview. “You can bet that the last thing a smart terrorist is going to do right now is call someone in the United States.”

Morell also said that while he agreed with the report’s conclusion that the telephone data program, conducted under Section 215 of the USA Patriot Act, made “only a modest contribution to the nation’s security” so far, it should be continued under the new safeguards recommended by the panel. “I would argue that what effectiveness we have seen to date is totally irrelevant to how effective it might be in the future,” he said. “This program, 215, has the ability to stop the next 9/11, and if you added emails in there it would make it even more effective. Had it been in place in 2000 and 2001, I think that probably 9/11 would not have happened.”

This is ridiculous on multiple levels. The idea that more data collection would have stopped 9/11 has already been thoroughly debunked by Michael German, who went through the 9/11 Commission report, showing that the intelligence community actually had already collected more than enough info to discover the plot — they just failed to do anything with the information. And, in fact, that’s a key part of the problem: adding more data to the pile actually makes it harder to understand that data. This is why it’s silly for NSA defenders to keep talking about “needles and hay stacks.” The point of the needle and the haystack is that the more hay you have, the harder it is to find the needle.

Furthermore, it takes some kind of logic to argue that a program that’s been in existence for years, with not a single success to show for it, should be kept up (and expanded) just because it might be useful somehow in the future. Elsewhere, Morell faithfully repeated the NSA’s other big talking point about how none of what it’s doing is “spying on Americans.”

“I think that is a perception that’s somehow out there. It is not focused on any single American. It is not reading the content of your phone calls or my phone calls or anybody else’s phone calls. It is focused on this metadata for one purpose only and that is to make sure that foreign terrorists aren’t in contact with anybody in the United States,” said Michael Morell on CBS’ “Face the Nation.”

While some people do think that (and, for what it’s worth, it does appear that the NSA is collecting such content on many people, including Americans, through other programs), people are just as concerned about the metadata collection — as has been clearly explained many times over. Besides, the report that Morell himself was a part of seems to indicate the quite reasonable concern that this data could be seriously abused.

It’s interesting to see Morell try to spin his own report, but the words of his fellow panelists show what’s really going on. Section 215 hasn’t done anything useful. Morell’s idea of expanding it and claiming it might do something useful in the future is based on nothing other than the general desire of the intelligence community, which Morell is a part of, to always suck up as much information as possible, no matter what the consequences or harm it may cause.