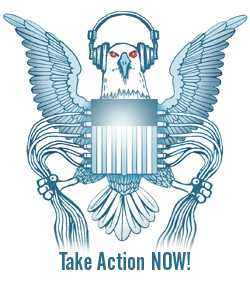 The National Security Agency broke the law when it wiretapped two American lawyers working for the El-Haramain Charity Foundation, an judge ruled Wednesday.
The government has not decided whether to appeal this long-awaited decision, as it touches on subjects ranging from the state secrets privilege to the breadth of President Bush’s “Terrorist Surveillance Program.”
he ruling is a major symbolic victory for civil libertarians, although its effects on future cases will be limited, and no more information about the program will be disclosed. El-Haramain v. Obama has bounced back and forth from District Court Judge Vaughn Walker, the chief judge for federal courts in Northern California, to the 9th Circuit Court of Appeals, which rejected a government motion to dismiss it entirely. Another important victory for civil libertarians: Vaughn held that the Foreign Intelligence Surveillance Act should be given more weight than the state secrets privilege.
For months, the government argued that the charity could not possibly establish, using unclassified information, that it had been spied upon. It argued that even though the TSP had been revealed, it could not turn over other evidence in the case without jeopardizing national security. Several judges have seen the evidence and disagreed. People familiar with the case believe that the evidence relates to the mechanism by which the surveillance program was carried out: perhaps a third country, or private contractors, assisted the NSA.
So,  the Justice Department asserted the “state secrets privilege” and refused to provide the plaintiffs with classified evidence that would show whether or not the charity had actually been wiretapped.
Of course, this was a bit of a game, because the government accidentally gave the plaintiffs a number of classified documents which proved conclusively that the charity’s phone lines were tapped by the National Security Agency.
Still, it was up to the charity to establish that its communications were intercepted solely on the basis of the public record — and that the wiretapping was, on its merits, illegal.  The judge agreed today that both thresholds had been reached. Some civil libertarians wanted him to order a full trial, which would have revealed more about the program. This, Walker did not do. Still, his ruling, if it stands, will serve as a check on the unconstrained use of executive power.
Walker, an inventive and creative judge who is also presiding over the trial about the legality of the gay-marriage-banning Proposition 8, was clearly skeptical of the government’s contentions and its legal tactics.
Still, he went out of his way to give the government a chance to make its case. And he did not declare the use of the state secrets privilege to be invalid, which may be one reason why the government might decide not to appeal the ruling.
http://www.theatlantic.com/politics/archive/2010/03/nsa-wiretap-program-declared-illegal/38273/
Previous Article
Gerald Posner Plagiarized New Times, PBS, Many Others
Next Article
CIA Can Withhold Records on Oklahoma City Bombing – FOIAs Reveal More on CIA Assist to OKC Bombing Probe