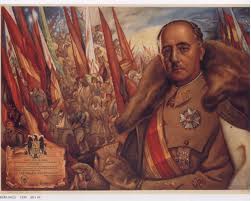 The chances that those accused of committing crimes during Spain’s Francisco Franco dictatorship will be appearing in court seems to be vanishing into thin air after the Spanish National Court refused on Wednesday the request for extradition placed by Argentine Judge María Romilda Servini de Cubría against Antonio González Pacheco, also known as “Billy the Kid.”

Victims are now holding out hope that, considering the arrest warrants are still in force, if any of the alleged torturers try to leave Spain, they could be arrested.

Arresting alleged Franco-era torturers if they ever leave Spain would follow the principle of universal jurisdiction, which was invoked in the 1990s by Spanish Judge Baltasar Garzón to arrest late Chilean dictator Augusto Pinochet and repressors from Argentina’s military dictatorship.

Pacheco is accused of torturing political prisoners during the 70s and was then involved in death squads in the transition from dictatorship to democracy.

The National Court’s rejection of his extradition came almost a week after another courtroom of the same tribunal declined to extradite former policeman Jesús Muñecas Aguilar, a well-know Franco-era officer who was sentenced for his involvement in an attempted coup in 1981. His extradition had also been requested by Servini de Cubría.

“On behalf of hundreds of victims of Franco’s dictatorship, we will continue fighting against impunity,” plaintiffs from Argentina and Spain said in a press release, in which they criticized the Spanish court for not considering that torture cases during the Franco era must be considered crimes against humanity, and are thus not subject to the statute of limitations.

In its ruling, the court said the statute of limitations had run out on the thirteen accusations against Pacheco, aged 67, who denies torturing prisoners in Spain between 1971 and 1975, towards the end of the 36-year rule of Franco.

Franco-era officials cannot be prosecuted in Spain because of an amnesty enacted in 1977, two years after Franco died.

Due to the ongoing trials against officials from the last military dictatorship in the country, Franco-era victims considered that Argentina could be a suitable country to listen to their demands for justice.

Over the past few years, victims have brought charges against González and last year Judge Servini de Cubría ordered to arrest him along with Muñecas Aguilar, a request that has now been quashed by the Spanish National Court.

In November of last year, the Spanish government authorized the court to examine the requests.

Servini de Cubría — who is planning to travel to Spain to collect witness testimonies — invoked the universal jurisdiction principle, which establishes that the most serious of crimes can be prosecuted in any part of the world if they are not been investigated in the location where they took place.

The National Court said the alleged acts could be considered to be torture but did not constitute a crime against humanity because they were not part of a “systematic and organized attack on a (specific) group within a population.”

In an extradition hearing in early April, González denied the charges. One of his accusers, Jesús Rodríguez Barrios, said the nickname Billy the Kid came from the fact he was “trigger-happy and liked to show off his weapons.”

Luis Pérez, a former member of the Communist Party in Spain, was one of the victims who identified “Billy the Kid.”

“He was an animal. A savage man who enjoyed beating us,” Pérez, who currently leads the association of former Franco-era political prisoners, told the Público website.

María Rumín, who was only 17 when she was arrested, also claimed to have been tortured. “He repeatedly hit me in the face,” the woman told the Spanish website.

In Spain, there are more than 114,000 forcibly disappeared people and suspended Judge Garzón estimated in 2010 that there were around 30,000 children snatched from their mothers between 1936, when the Civil War started, and 1950.

As the Herald reported last week, Judge Servini de Cubría is analyzing around a dozen requests filed by plaintiffs. Lawyers who are taking part in the case said that she could issue other arrest warrants.

In 2001, Servini de Cubría travelled to Chile to question two officers accused of killing Chilean general Carlos Pratts and his wife in 1974 as part of the Operation Condor, orchestrated by US and the Southern Cone dictatorships. Her work reignited the case in Chile, where a court sentenced six Army officers and considered Pinochet’s secret police DINA as a “conspiracy” in 2010.

Some hope that her efforts could lead to a similar situation in Spain. 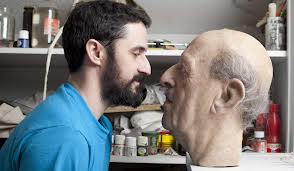 At US Gov Request, NYT’s Bill Keller Spiked NSA Spying Story in 2004
May 19