More working Americans are lining up at emergency food banks and going hungry, as cuts to those programmes take effect

For Denise Acosta, it was being laid off for the first time. For Diana Martinez, it was the death of her mother, leaving her as the sole carer for her severely disabled younger brother. For Johnny Hill, it was having to take responsibility, a year away from retirement, for her two young granddaughters.

Each of these hard-working women from San Antonio, Texas, have fallen victim to circumstances that turned their lives upside down, robbing them of their full-time jobs, the paychecks they once enjoyed and, in Acosta's case, her home. Their stories vary, but they all belong to a growing group, America's working poor, for whom the journey from getting by to hunger can be brutally short.

Deep cuts to the US food stamps programme, designed to keep low-income Americans out of hunger in the aftermath of the economic recession, have forced increasing numbers of families such as theirs to rely on food banks and community organisations to stave off hunger.

An expansion of the programme, put in place when the recession was biting deepest, was allowed to expire in November, cutting benefits for an estimated 48 million people, including 22 million children, by an average of 7%.

As these cuts begin to bite, even harsher reductions are in prospect.Republicans in the House of Representatives have proposed $38bn cuts over 10 years, in their latest version of a long-delayed farm bill that would also require new work requirements and drug tests for food stamp recipients.

The cuts have forced poor families to make tough choices. The Guardian spoke to beneficiaries of the food stamps scheme, known as the Supplemental Nutrition Assistance Programme (Snap), in San Antonio, Texas. As the second most populous US state after California, Texas suffered the second-biggest cut to its Snap programme, affecting 4 million recipients.

At the San Antonio Food Bank, where she comes for help with her resume and to register for its work force program, Acosta, 36, a mother of four children aged 14 and under, described how being laid off from her job as a healthcare administrator seven months ago had caused an immediate family crisis.

An $800 medical bill, no longer covered by insurance, meant Acosta quickly fell behind on the $1,200 monthly payments on her house, then the car. She lost both, and was forced to move in with her sister in Edinburg, Texas, 200 miles south, until her unemployment benefit came through. The strain of having her income slashed has taken its toll. ...

The soaring participation in Snap, which has almost doubled in seven years – from 25 million people in 2006 to almost 48 million today – has made it a prime target for large cuts by Republican lawmakers anxious to save money. 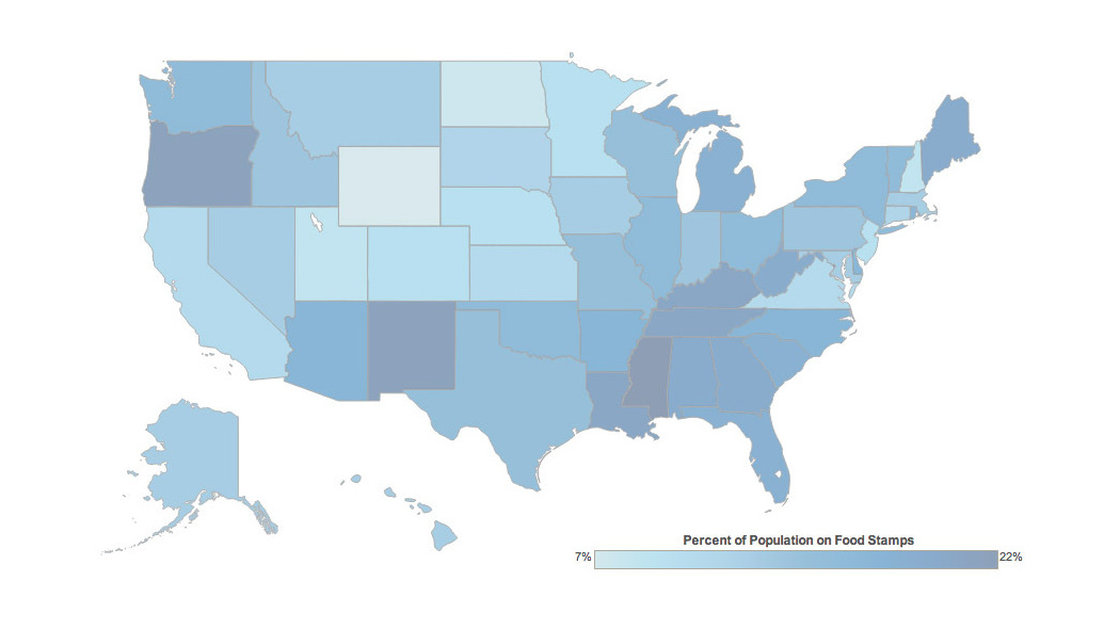 The House bill would deny Snap to 3.8 million low-income people in 2014, according to estimates by the Congressional Budget Office, and to an average of 3 million people a year for 10 years. Those who would find themselves no longer eligible include some of the nation's neediest individuals, working families, children and senior citizens. In addition, 200,000 families would lose access to subsidised school meals. ...

Even since the November cuts took effect, those involved in emergency food distribution reported higher demand and longer lines, with new clients they had not seen before. The San Antonio Food Bank says donations are up 16% But because of the cuts to Snap the supplies disappear faster. ...