”  … The findings drew a considerable level of comment from groups that monitor public health in the US, notably Public Citizen who said the report ‘confirms some of the worst fears about the serious dangerous of escalating human experimentation.’ … “

The US FDA only reviews a fraction of trials conducted outside the country according to research by the Department of Health and Human Services (HHS). 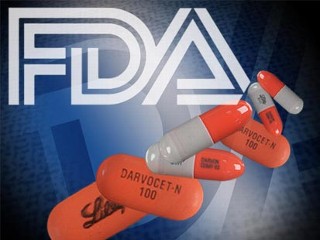 According to the new HHS Office of Inspector General report 80 per cent of marketing applications for pharmaceuticals and biologics approved in the US contain data from trials conducted outside the country.

However, despite this high reliance of overseas clinical research data, the Food and Drug Administration only inspected 0.7 per cent of clinical trial sites outside the country in 2008, compared with 1.9 per cent in the US.

The study also suggested that the agency may even be unaware of some early-phase studies conducted in the developing world as a result of submission failure or of logistical difficulties.

The findings drew a considerable level of comment from groups that monitor public health in the US, notably Public Citizen who said the report “confirms some of the worst fears about the serious dangerous of escalating human experimentation.”

Group spokesman Sidney Wolfe put it more directly, telling the Associated Press that: “The quality of data used by the FDA as a basis for approving the drugs being studies may well be flawed, resulting in dangerous, incorrect decisions to approve drugs.”

The HHS report also includes a list of measures designed to make it easier for the FDA to take an oversight of overseas clinical trials.

Foremost among these is the requirement that trial sponsors submit data in a standardized electronic form to ensure that reviews have all the required information and, crucially, to easily identify which sites are most in need of inspection.

The OIG also calls on the FDA to monitor trends in trials not covered by investigational new drug (IND) applications and, where necessary, encourage sponsors to register such trials.

The organisation also calls on the FDA to continue to explore new ways of monitoring overseas trials through partnerships with foreign regulators and by specifically targeting growing trial hubs.

Quite how practical such recommendations will be is unclear given that a lack of resources is usually cited as one of the key problems faced by the FDA in overseas monitoring of a wide range of activities.

Nevertheless the Association of Clinical Research Organisations (ACRO) backed the idea, suggesting such measures coupled with extra funding for the FDA’s Office of International Programs can play a role in maintaining standards worldwide.