Anti-Smoking Drug Linked to Violence, but Pfizer’s Data Say the Opposite 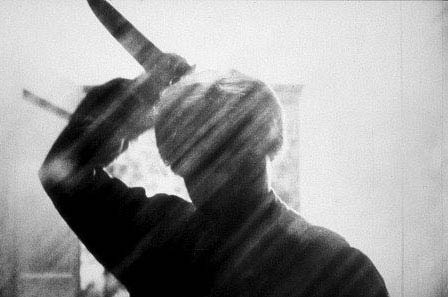 A terrifying new study of the anti-smoking drug Chantix shows that violence is 18 times more likely to be reported as an adverse event with Chantix than the average drug. The study is a headache for Pfizer (PFE) because the company’s own study of “anxiety, irritability, and suicidal thoughts” among Chantix users found no evidence of increased adverse events.*

The fact that a bunch of other researchers have published studies showing an association between Chantix and unexpected violence makes Pfizer’s “no problem!” results look increasingly conspicuous. Pfizer said:

As with many medications, CHANTIX continues to be studied in various populations. Pfizer is currently in discussions with the U.S. Food and Drug Administration (FDA) regarding the design of a large, prospective, randomized controlled clinical trial studying CHANTIX in smokers with and without mental health disorders who are attempting to quit.

The new study of FDA data, by a team comprised of researchers from the Institute for Safe Medication Practices, Harvard and Wake Forest, looked at the FDA’s adverse event database for all drugs between 2004 and 2009. It selected any drug that had a disproportionate number of case reports indicating homicide, homicidal ideation, physical assault, physical abuse or violence, and found the following: 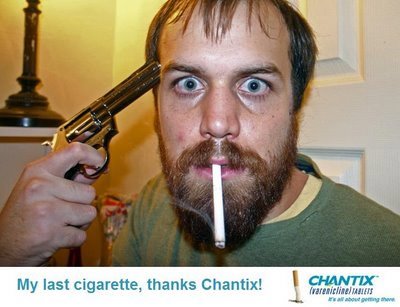 There were 1,527 cases of violence disproportionally reported for just 31 drugs. 408 of those cases were linked to Chantix (varenicline).

Violence was 18 times more likely to be reported with Chantix than for the background level of violence.

One might expect reports of violence to be associated with psychiatric drugs taken by psychotics or manic-depressives. But the top psych drug on the list was Paxil (paroxetine), at 10 times the rate — magnitudes lower than Chantix (click to enlarge chart). The study probably undercounted the amount of violence associated with the drugs:

By excluding more general adverse event terms such as “aggression” or “anger” many thousands of less specific cases were eliminated under the study criteria.

The authors speculate that Chantix is acting to reduce the availability of dopamine within the body, and thus is having the opposite effect of an anti-psychotic drug. 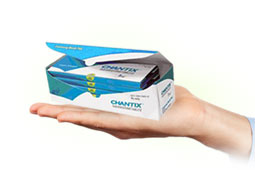 Pfizer’s results, from a small-ish “exploratory experimental study” of 110 patients, found no difference in aggressive thoughts or suicidal ideas between Chantix users and placebo takers. Thus its commercial operations are going full steam ahead: sales of Chantix rose 5 percent worldwide to $163 million last quarter. And more Chantix may be on its way: Pfizer is also testing the Chantix patch. If Pfizer is right and everyone else is wrong there won’t be a problem. But if the opposite is true, then Pfizer will have real trouble when the first of 275 cases alleging various psychological disturbances goes to trial in federal court.

Related: Reports of Psychotic Violence on Anti-Smoking Drug Chantix Pile Up But Pfizer Isn’t Seeing Them